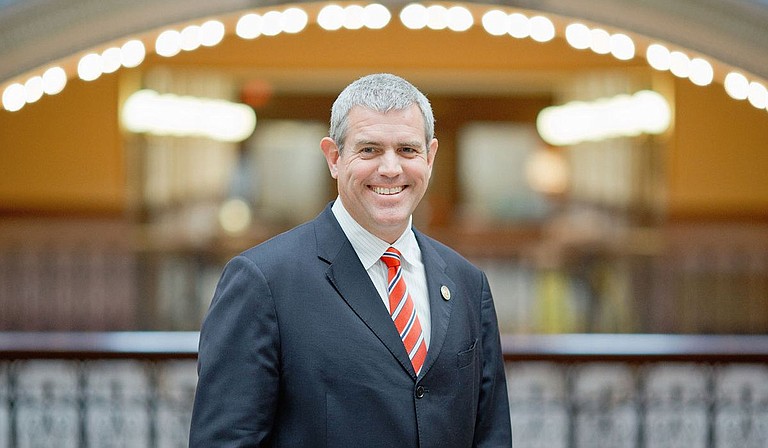 House Speaker Philip Gunn, a Republican, said Tuesday that his goal remains elimination of the income tax. He said legislators and the public should compare the House and Senate plans. Photo courtesy Philip Gunn

JACKSON, Miss. (AP) — Mississippi Senate leaders unveiled a tax cut proposal Tuesday that they described as a sustainable way to reduce what people pay to the government while maintaining enough money to pay for schools and other services.

The plan would reduce the income tax, but it would not eliminate that tax as House leaders are proposing.

The Senate plan also would reduce the grocery tax from 7% to 5% and eliminate some of the fees that people pay on car tags. It also includes a one-time rebate of up to $1,000 for people who pay income taxes.

“This is ... a priority for us to do something that is responsible and durable,” said Senate Finance Committee Chairman Josh Harkins, a Republican from Brandon.

The Senate plan will compete with a proposal that the House passed last month.

House Speaker Philip Gunn, a Republican, said Tuesday that his goal remains elimination of the income tax. He said legislators and the public should compare the House and Senate plans.

“People can decide for themselves,” Gunn said.

The House and Senate are both led by Republicans, and Republican Gov. Tate Reeves has said repeatedly that he wants to reduce what people pay in taxes.

Mississippi has a tax deduction of $2,300 for a single person or $4,600 for a married couple. That means the state does not tax that amount of income.

Under a tax cut plan passed years ago, the 3% bracket disappears after this year.

The Senate faces a Feb. 23 to vote on its tax plan. March 26 is the deadline for negotiators from the House and Senate to come up with a final plan.