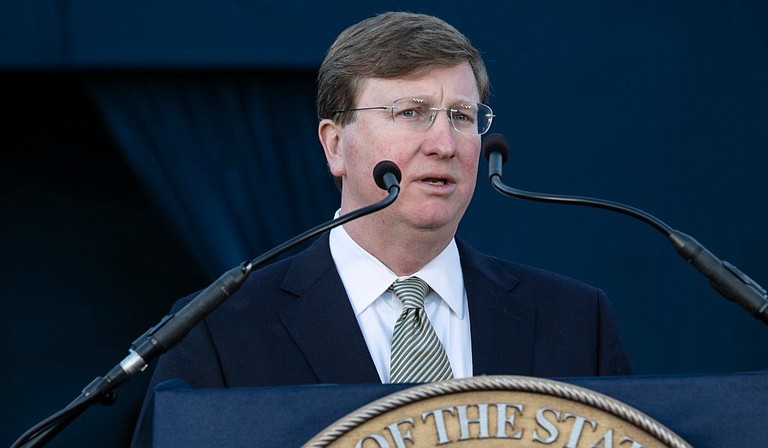 Mississippi Gov. Tate Reeves said Tuesday that he has not decided whether he will sign a bill to legalize marijuana for people with debilitating medical conditions such as cancer, AIDS and sickle cell disease. Photo courtesy Candace Harris

JACKSON, Miss. (AP) — Mississippi Gov. Tate Reeves said Tuesday that he has not decided whether he will sign a bill to legalize marijuana for people with debilitating medical conditions such as cancer, AIDS and sickle cell disease.

The bill is expected to become law regardless of what the Republican governor does because the GOP-led House and Senate passed it last week by veto-proof majorities.

Reeves told reporters Tuesday at the Capitol that his attorneys were still reviewing the bill. He said he was pleased legislators made some changes he suggested, including reducing the amount of marijuana available to patients each month.

“The process doesn't always work, but the process has worked in this particular instance,” Reeves said.

The governor has a Wednesday deadline to act on Senate Bill 2095. He could sign it, veto it or let it become law without his signature.

The National Conference of State Legislatures says 36 states and four territories already allow the medical use of cannabis. Mississippi would become the 37th state.

The bill says patients could buy up to to 3.5 grams of cannabis per day, up to six days a week. That is about 3 ounces per month. The bill also sets taxes on production and sale of cannabis, and it specifies that plants must be grown indoors under controlled conditions.

A majority of Mississippi voters approved a medical marijuana initiative in November 2020, and it would have allowed people to buy up to 5 ounces a month. The state Supreme Court invalidated it six months later by ruling that the state’s initiative process was outdated and the measure was not properly on the ballot.

Reeves said he likes that the bill requires parental consent and a doctor's permission for patients younger than 18 to obtain marijuana.

“I don’t think there’s any doubt that there is potential brain damage that could be caused by having too much marijuana for those whose brain formations are continuing, and that’s typically those under the age of 25,” Reeves said.