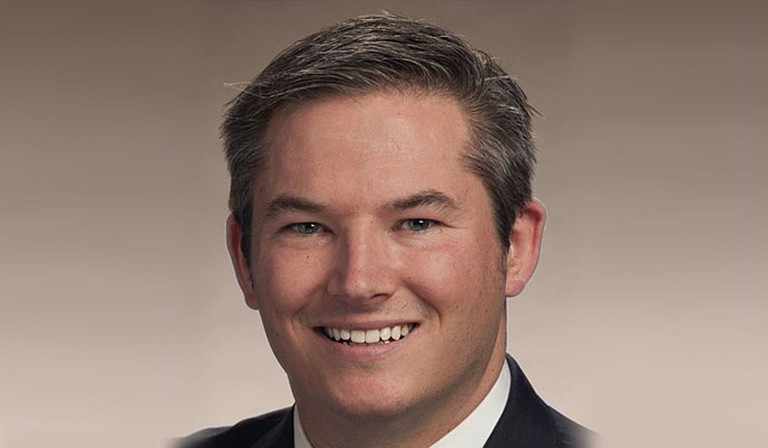 For years, Tennessee Democratic Senate Minority Leader Jeff Yarbro’s call to require the state’s voting infrastructure to include a paper record of each ballot cast has been batted down in the Republican-dominated Legislature. Photo courtesy State of Tennessee

NASHVILLE, Tenn. (AP) — For years, Tennessee Democratic Senate Minority Leader Jeff Yarbro’s call to require the state’s voting infrastructure to include a paper record of each ballot cast has been batted down in the Republican-dominated Legislature.

But as false claims still swirl around the 2020 presidential election — and some GOP voters remain distrustful of voting machines — Tennessee Republican lawmakers who have held off are coming around on a paper-backed mandate. A similar scenario is playing out in some of the five other states -- four of which are Republican-led -- that do not currently have a voting system with a paper record.

The Tennessee GOP bill that is gaining traction would set a 2024 deadline for Tennessee to join the vast majority of states that already have voting systems that include a paper record of every ballot cast, so any disputed results can be verified.

Yarbro said he’ll take the change, even if he doesn’t love the impetus for it.

“I’m disappointed that it’s taken this long, and somewhat concerned over the rationale,” the Nashville lawmaker said. “But at the end of the day, this is good public policy.”

Mississippi and Indiana plan to have a paper trail by the 2024 presidential election. Last year, lawmakers in Texas — where slightly more than 1 in 10 registered voters cast ballots on paperless machines — passed a law requiring paper records by 2026. Republican Lt. Gov. Dan Patrick touted the move as helping to rebuild trust in elections.

Efforts in two states — Louisiana and Democratic-led New Jersey — have been slowed by either process issues or funding.

"Across the partisan spectrum, there is some sense that the controversy around 2020 underscores how important it is to have paper records of voter intent that we can go back to,” said Mark Lindeman, director of Verified Voting, a group that tracks voting equipment across states.

In Tennessee, GOP Gov. Bill Lee has proposed $15 million for a switch to voter-verifiable, paper-backed equipment. The changeout could cost up to $37 million, with leftover federal election funds covering the rest, state officials said. Nearly two-thirds of the state’s 95 counties currently do not produce a paper record.

Republican lawmakers say Tennessee's elections are just fine. They direct scrutiny at other states, despite a lack of any evidence of widespread fraud or other major problems anywhere in the 2020 election.

“When they had the vote, there were a lot of questions about it, especially in several of the states, Georgia and different ones — ‘Is this done right?’" said Tennessee Sen. Ed Jackson, the Republican bill sponsor. “So, that’s what we are trying to accomplish. But we don’t have that issue here in Tennessee.”

Nationwide, election officials continue to grapple with false claims spread by former President Donald Trump and his allies about the 2020 election. This has led to new mail voting restrictions, threats directed at election officials, costly and time-consuming partisan ballot reviews and calls to abandon voting machines altogether and rely solely on paper ballots counted by hand.

About 68% of U.S. registered voters will mark ballots by hand for the 2022 midterm elections, while the rest will use touchscreen voting machines, according to Verified Voting. About 5% of ballots cast in the 2020 presidential election did not have a paper record, down from about 18% in 2016, according to federal officials.

In Indiana this year, Republicans decided not to replace existing equipment. Instead, they added a small printer to some 5,000 voting machines to create a paper trail by 2024.

That plan advanced through the GOP-dominated Legislature in March despite criticism from voter advocacy groups. They argue the printer technology is outdated and relies on lightweight thermal paper, similar to cash register receipts, that is easily damaged and lets voters see only part of their ballot at a time through a small window.

“If we want to have voter confidence, then we need to do those things which are simple and effective in preventing a miscount,” said DeLaney. “That’s what we need to do and then we can worry about our fantasies and fears.”

In New Jersey, GOP Sen. Joe Pennacchio has sponsored a bill to require paper ballots for all in-person voting, saying that even without the complaints over the 2020 election, “it’s still the right thing to do.” Some majority-party Democrats have introduced paper-trail proposals, as well. New Jersey has a long-standing requirement to upgrade to paper-backed voting systems, but a 2009 deadline still hasn't kicked in due to funding issues.

New Jersey has a hodgepodge of counties with voting machines that produce paper trails, and some that don’t. The state’s law permitting early in person voting, which took effect in 2021, called for machines with paper records. Though the state financed them for all 21 counties, only some bought enough to run their entire election on paper-backed machines.

About one-third of Mississippi voters and nearly half of New Jersey voters use paperless machines, according to Verified Voting.

Louisiana’s Republican Secretary of State Kyle Ardoin has favored ballot-marking machines that print a paper receipt that is electronically scanned so results could be available on election night, but efforts to replace the state's paperless machines have been mired in process delays.

A 2021 law tasked a new commission with recommending a replacement with a paper trail. As it mulls its options, the commission has heard calls for hand-marked paper ballots along with unsubstantiated claims of “cheating” in the 2020 election.

There is no evidence of any widespread fraud or coordinated efforts to steal the 2020 election. Last year, The Associated Press reviewed every instance of potential voter fraud reported in the six states disputed by Trump and found fewer than 475 cases — a number that would have made no difference in the contest.

Over the years, Tennessee election officials have said counties can choose their voting equipment. More recently, they encouraged a move toward paper-backed systems. Now, they support requiring the change, reasoning that increasingly fewer paperless machines are produced.

“If there’s not a problem, why are we trying to fix it? And why are we mandating that our local governments have to foot the bill for it?” GOP Rep. Ryan Williams said in 2021.

Williams has since come around. He voted for the new bill last month, telling fellow lawmakers that Tennesseans were “disturbed" about "elections in other states that they felt like disenfranchised them.”

“I think one of the things our citizens wanted to know after the last elections, that we did have a way to verify them in paper," Williams said.