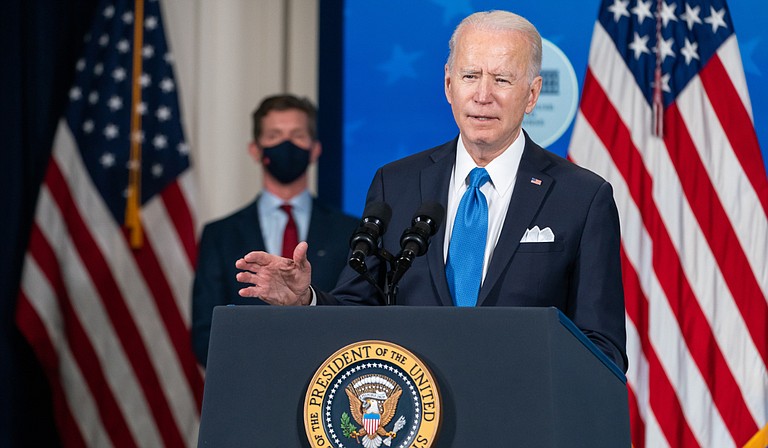 They wrote that companies could be blacklisted for federal contracts unless they get their workers vaccinated on “an unworkable timeline.”

“We strongly urge you to instruct agencies to cease implementing the mandate or, at a minimum, to provide clarity to agencies and federal contractors across the country and delay the mandate’s compliance date,” said the letter signed by attorneys general from Texas, Mississippi, Alaska and other states.

Republican officials have already threatened to sue over the order that Biden issued Sept. 9. Some legal experts have said they think the Biden administration is on strong legal footing with the mandates to protect public safety.

The administration is expected to release details soon about implementing the mandate. Biden has said companies with at least 100 employees will have to require all their employees be vaccinated or undergo weekly testing. The mandate for federal contractors goes into effect in December, and it does not have a testing option.

Employees of some federal contractors — including at a shipbuilder and a NASA rocket engine test site in Mississippi — have been protesting what they see as federal overreach into private lives.

Mississippi Attorney General Lynn Fitch said in a news release Wednesday that vaccination should be an individual decision.

“Forcing people to vaccinate or lose their jobs is a flawed premise ... and the mismanaged execution of that idea demonstrates how utterly unworkable it is as a national policy,” Fitch said.

Texas Gov. Greg Abbott issued an executive order Oct. 11 to bar private companies or any other entity from requiring vaccines.

Alabama Gov. Kay Ivey on Monday directed the state's executive-branch agencies not to cooperate with the federal COVID-19 vaccine mandate, where possible.