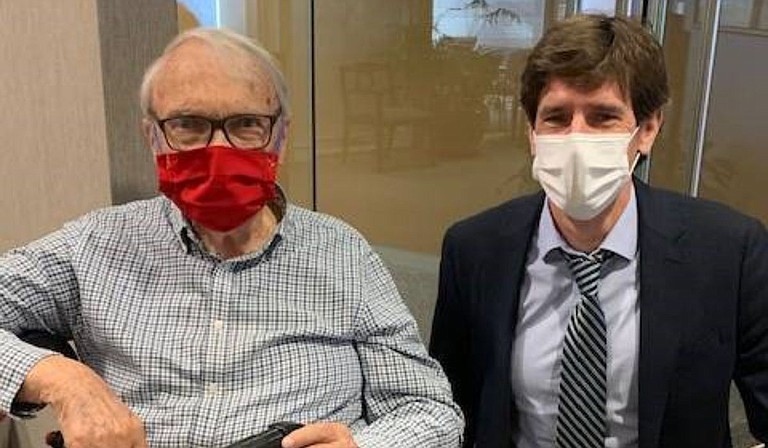 Dr. Alton Cobb (left) was the top public health official from 1973 to 1992 in one of the poorest states in the nation. The current state health officer, Dr. Thomas Dobbs (right), described Cobb as a “phenomenal public health leader.” Photo courtesy MSDH

JACKSON, Miss. (AP) — Dr. Alton Cobb, a former Mississippi state health officer who helped create some of the nation's most comprehensive vaccination requirements for children, died Friday. He was 92.

Cobb had a medical practice in the small town of Pickens, Mississippi, in the 1950s before becoming Sunflower County health director. He then went to work for the Mississippi State Department of Health as director of chronic disease services.

Mississippi began offering Medicaid in 1969, years after many other states chose to participate in the government-funded health insurance program for the needy. Cobb became the first executive director of the Mississippi Medicaid Commission.

An obituary published in the Clarion Ledger said that when Cobb was state health officer, he worked with other employees to reorganize the state Health Department; to start a nutrition program for women, infants and children; to set stronger patient protections for nursing homes and stronger licensing regulations for home health care; and to create a statewide emergency medical services system.

In 1987, Cobb testified before a U.S. Senate committee about the importance of family planning services. He said one school near Meridian had 59 pregnancies during one year, and that number dropped to 11 pregnancies two years after the state Health Department started offering family planning through a school nurse program.

“We feel strongly that providing these services to teens and to other persons at risk — obviously, the family planning services work, and if they can help these individuals space their pregnancies better and have a smaller number, they are more likely to have safer outcomes,” Cobb said. “They are better able to have opportunities for educational advancement and generally improve their lot in life.”

In 2016, Cobb was inducted into the University of Mississippi Medical Alumni Chapter Hall of Fame. Legislators named a public health building in his honor in 2017. In 2020, the Mississippi Academy of Family Physicians gave Cobb its humanitarian award for his work helping people in need.