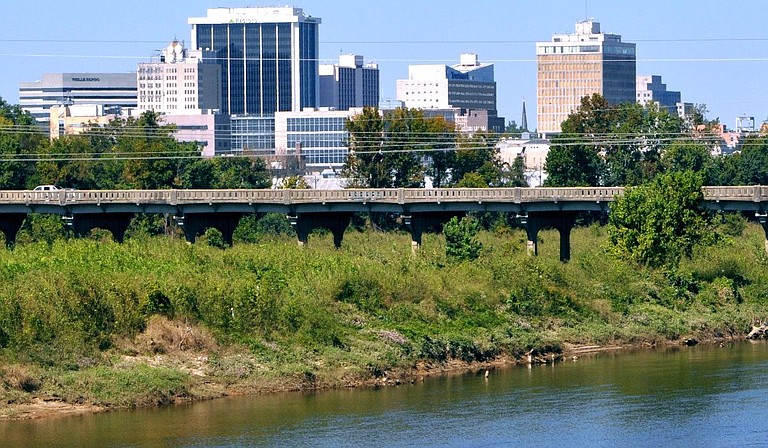 The city had made “only limited progress” toward some requirements in a 2013 agreement with the U.S. Environmental Protection Agency and had not begun work toward other “crucial” goals, according to an August status report. Jackson has a deadline of late 2030 to meet terms of the consent decree, which was announced in November 2012 and became final in March 2013.

Jackson is negotiating with the EPA to amend the order, with EPA and the Mississippi Department of Environmental Quality to assess the city’s financial condition and evaluate its proposed changes, the station reported.

The city, which agreed to spend about $400 million to comply with state and federal water laws, now will need nearly $960 million to do so, it said in the report.

The untreated sewage in 2020 came from 376 overflows throughout the collection system. Eleven forbidden bypasses at a wastewater treatment plant discharged partly treated wastewater into the Pearl River.

The system had more than 2,300 sewer overflows in the five years before the agreement, for an average of 460 a year.

But, about halfway into the 17.5-year agreement, the city “has not yet begun crucial elements of the consent decree” while other elements “remain significantly delayed,” the report states.

Under the current agreement, Jackson must evaluate and rehabilitate its wastewater collection and transmission system, as well as its Savanna plant and its main sewage line, called the West Bank Interceptor. The city also agreed to put together a plan to deal with overflows and a program to get businesses not to dump fats, oils, and grease into the sewers.

Most importantly, the report said, the city has not begun evaluating its wastewater collection and transmission system — two years past its deadline for doing so — or begun fixing the system.

Jackson has spent about $136 million to improve the sewer system and has made “timely” upgrades to the West Bank Interceptor, according to the report.

City attorneys said other work has been delayed by money troubles, including complications with its water billing system, the downgrading of Jackson’s bond rating in 2018, the declining income level of ratepayers, and the COVID-19 pandemic.

In addition, they noted, west Rankin County, which had paid millions of dollars a year for sewage treatment at the Savanna plant, recently began using its own treatment plant. The city says that will cut money available to Jackson's system, according to court records.

A $90 million settlement in another case made $59.8 million available for the consent decree, but most was used for other obligations, attorneys wrote. "The city maintains that it was necessary to commit the majority of these funds to re-establish compliance with bond covenants, repay the city’s general fund, and repair the meter and billing system,” the report said.

The city also told the court it was expecting about $42 million in pandemic economic recovery money, some of which might go toward “critical water and wastewater funding needs.”

To date, the administration has spent $12.7 million on infrastructure, including $8 million to replace a 48-inch water main, $1.8 million for sewer evaluation, and $950,000 toward design and administration for projects at the city’s water treatment facilities.

An updated status report is due Oct. 29.