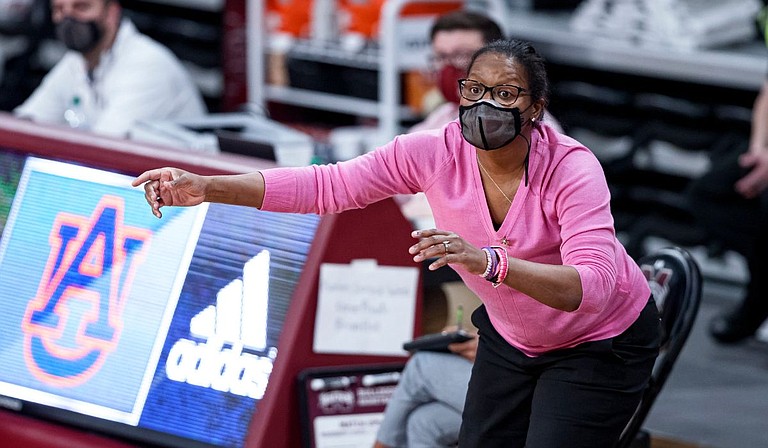 Less than a month before the start of the women’s college basketball season, Mississippi State University will start the season with an interim head coach. Associate head coach Doug Novak will coach the team for the 2021-2022 season.

Former head coach Nikki McCray-Penson stepped down as the Bulldogs’ head coach to focus on her health in hopes of returning to coaching one day. The move was announced on Tuesday, Oct. 12, and was effective immediately.

McCray-Penson coached MSU for just one season before stepping down as head coach. During the COVID-19-caused shortened season, she led the squad to a 10-9 overall record and 5-7 record in Southeastern Conference play.

MSU hired McCray-Penson after Vic Schaefer left the program to take the head coaching job at the University of Texas at Austin. Now undisclosed medical issues that McCary-Penson thought were behind her left her needing to step down.

McCray-Penson enjoyed a standout career with the University of Tennessee before playing professionally. While playing for the Columbus Quest of the American Basketball League, she won the league MVP and championship in the 1997 season.

She played for five teams during her time in the WNBA and was a three-time All-Star. She retired with the Chicago Sky at the end of the 2006 season.

While at Tennessee, McCray-Penson was a four-time SEC regular season champion, four-time Best Defensive Player, two-time All-American and two-time SEC Player of the Year. She helped the Volunteers to the NCAA all four years she was there.

McCray-Penson is a two-time Olympic gold medalist with the United States Basketball team. She won medals at the Atlanta in 1996 and Sydney in 2000 and a gold medal at the 1998 World Championship.

While at South Carolina, McCray-Penson learned under head coach Dawn Stanley. She won a national championship with the Gamecocks in 2017 before leaving to become head coach at Old Dominion University.

MSU begins regular season play on Tuesday, Nov. 9, against Alabama State University at home with the game on SEC+ at 6 pm. Novak will be making his head coaching debut at the Division I level against ASU.