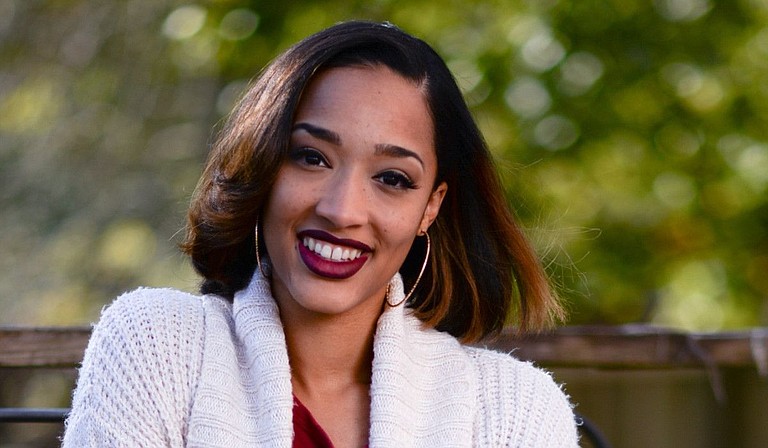 Mississippi University for Women named Columbus resident and Jackson State University alum Mea Ashley as its new director of the Student Life department on Sept. 1, 2021. Ashley has been a member of the MUW staff for three years, previously serving as assistant director and then interim director of Student Life.

Ashley's duties include leading MUW's Greek life programing and managing functions of the department such as community service, leadership, and student programming and organizations. She also acts as a liaison between the Student Life department and the rest of the campus, and she markets the department's services to students.

"For me, being a servant leader is everything," Ashley says. "That means helping students get what they need out of their college experience by getting to know them. Engagement is key to retaining students and bolstering their success in the classroom and on campus. Because we have a small campus and student population, we can dig in and build a rapport with them to help them be successful and remain as connected alumni even when they leave."

Previously, Ashley has been in charge of student orientation, a program that assists freshmen and transfers in coming to the school by giving campus and department tours, providing class registration services and helping students acquire academic resources. She also advised all of MUW's social and Greek councils and the Student Programming Board.

Ashley was born and grew up in Jackson and graduated from Murrah High School. She enrolled at JSU in 2008, receiving her bachelor's degree in multimedia journalism in 2012. She then entered an accelerated degree program at Columbia University, completing her master's degree in journalism in 2013. After graduating she worked for JSU's Department of Alumni and Constituency Relations until 2015, when she transferred to the university's Center for Student Engagement and Leadership.

While at JSU, she registered student clubs and organizations and managed the Royalty and Pageants Leadership Program, the Blue Key Honor Society, the Thurgood Marshall College Fund’s Leadership Institute and the Student Government Association. She transferred to MUW in 2018.

"I've always been an outgoing people person and grew up doing public speaking, which is why I was pursuing journalism until college," Ashley says. "When I got to JSU and saw the kinds of opportunities that student affairs presented, I found that I enjoyed what the experience had to offer. I wanted to become the kind of collegiate leader who could impact others as I had been impacted."

Ashley is currently pursuing a doctorate in leadership and change at Antioch University and is set to receive her degree in the spring of 2022. She has also been a member of the Columbus Lowndes County Alumnae Chapter of Delta Sigma Theta Sorority Inc. since 2018.