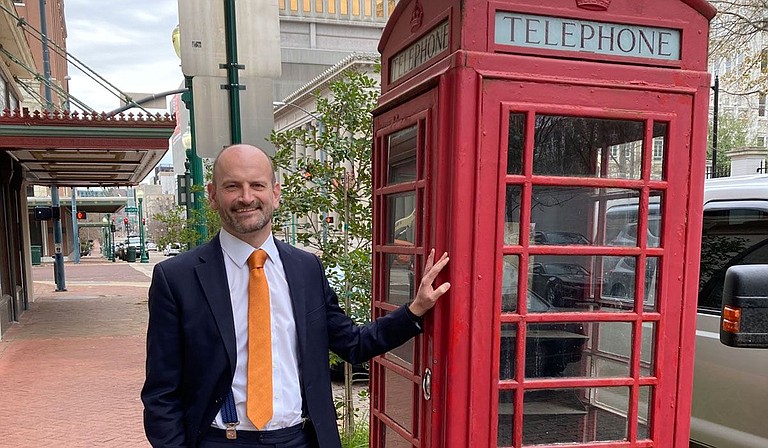 Mississippi Center for Public Policy pushes for limited government and is led by Douglas Carswell, a former member of the Parliament of the United Kingdom who played a key role in the Brexit movement. The center's report compares critical race theory to “orthodox Marxism” and says it is a threat to Mississippi education. Photo courtesy Douglas Carswell

JACKSON, Miss. (AP) — Republican candidates in Mississippi and across the U.S. have been raising money for months by promising to ban teaching of critical race theory. Mississippi Gov. Tate Reeves and House Speaker Philip Gunn both made that pledge a central theme of their stump speeches several weeks ago at the Neshoba County Fair.

On Wednesday, Mississippi Center for Public Policy published a report that Republicans Reeves and Gunn could cite as they bring proposals to the GOP-controlled Legislature in 2022.

The center pushes for limited government, and it is led by Douglas Carswell, a former member of the Parliament of the United Kingdom who played a key role in the Brexit movement. The center's report compares critical race theory to “orthodox Marxism” and says it is a threat to Mississippi education.

Supporters of the theory say it broadens the perspective of how history is taught by shining light on injustice that has been downplayed or ignored. Opponents say it seeks to induce white guilt or undermine patriotism.

“If we do not challenge critical race theory, young Mississippians will grow up indoctrinated to believe that America’s material achievements have been gained through exploitation,” the Mississippi Center for Public Policy report says. "They will grow up believing that Mississippi’s relative poverty is attributable to a lack of government intervention rather than a consequence of federal programs and a lack of liberty.”

The report's cover photo is of the Rev. Martin Luther King Jr.

Although a news release from the center did not mention this, the report was published on the birthday of the late Mississippi civil rights icon Fannie Lou Hamer, who worked to dismantle state-sanctioned segregation by registering Black people to vote. Hamer was beaten and jailed in Winona in 1963 after she and other activists returned from an out-of-state civil rights training session. She was a founder of the integrated Mississippi Freedom Democratic Party that challenged the seating of an all-white Mississippi delegation to the Democratic National Convention in 1964.

The Mississippi Center for Public Policy says students should not be taught that racism is “systemic” or “structural.”

Still, it's hard to ignore how structural racism has shaped Mississippi and the United States.

The most obvious example is slavery — a government-sanctioned system that Mississippi went to war to defend. A U.S. Census map shows that in 1860, 55% of the people living in Mississippi were enslaved. Only South Carolina had a higher share of enslaved residents, at 57%.

The people who signed Mississippi's ordinance of secession before the Civil War made clear why they were trying to break away from the United States: “Our position is thoroughly identified with the institution of slavery — the greatest material interest of the world.”

The Mississippi Center for Public Policy does not recommend ignoring slavery, but its report says the state's lingering poverty exists not because of the legacy of slavery but because of excessive government regulation.

The NAACP says Mississippi was the state with the largest number of lynchings between 1882 and 1968, and the crimes often went unpunished because of systemic racism. And from 1956 to 1973, the state funded and operated the Mississippi Sovereignty Commission to try to preserve segregation by spying on people involved in civil rights activities.

Mississippi Center for Public Policy says the state Department of Education should not recommend “course content that is highly partisan and aggressively progressive” on race. The center also says Reeves, Lt. Gov. Delbert Hosemann and Gunn should nominate people to the state Board of Education who will oppose critical race theory.

The center criticizes university programs that prompt students to examine white supremacy. And the report has this recommendation: “Force universities to end the promotion of critical race theory." It says this could be done by withholding public money and firing “non-compliant” administrators or faculty members — an approach that raises questions about academic freedom.