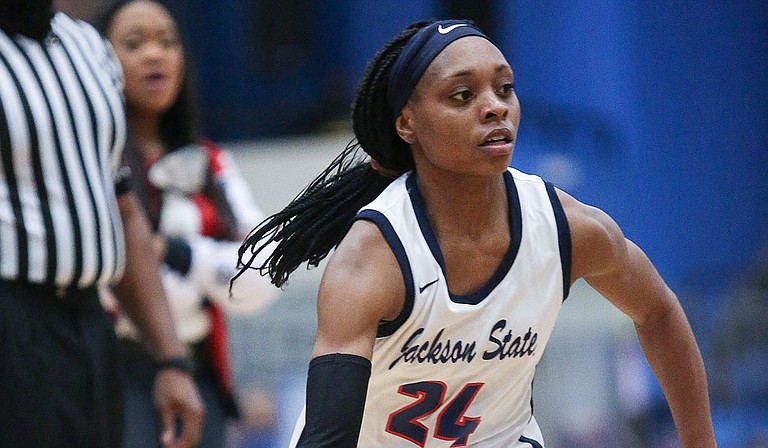 JSU senior Dayzsha Rogan was a major factor in the Tigers success. Her efforts on the court earned her 2020-2021 SWAC Women’s Basketball Player of the Year.

The Ripley, Miss., native was second in three-point field goals per game, sixth in field goal percentage per game at .435 percent and seventh in steals per game with two per contest. She helped lead JSU to the number one seed in the SWAC Women’s Tournament.

Rogan wasn’t alone in leading JSU to the best record in the conference. Fellow senior Ameshya Williams was another major factor in the Tigers success this season.

Williams was named SWAC Women’s basketball player Defensive Player of the Year. The one-two punch of Rogan and Williams helped JSU earn the best record in the league.

Williams led the conference in blocks per game with 3.1 per contest. She finished second in field goal percentage at .583 percent, second in rebounding at 11.5 per game and fifth in scoring with 15.7 points per game.

The Tigers’ dual threat helped make short work of Mississippi Valley State University in the first round of the 2021 SWAC Women’s Tournament. JSU rolled to a 70-47 victory over the Delta Devils and moved on to the semifinals.