A Night (And a Day) of Music: Flowood Flea Market Hosts ‘Singing for the Kids’ 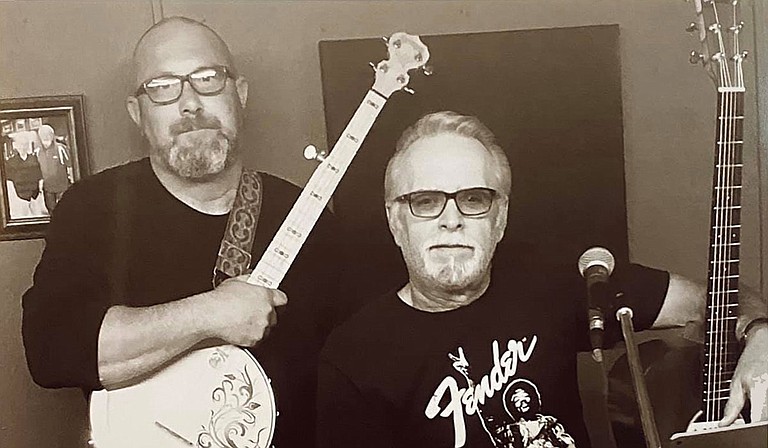 Local musicians Phillip Till and Robert Ferren aim to put on a nonstop, 31-hour performance to benefit Children’s of Mississippi this March. Photo courtesy Till & Ferren

A self-proclaimed "nickel-and-dime musician," Robert Ferren joins forces with Phillip Till to host a round-the-clock music show beginning at 9 a.m. on Saturday, March 20, at the Flowood Flea Market and Antique Mall. They hope and plan to continue performing until the venue's closing at 5 p.m. on Sunday.

This 31-hour musical extravaganza will benefit Children's of Mississippi, the state's only children's hospital. "It's always been about the kids for me," Ferren reflects. "Nothing is more devastating than seeing a sick child."

Locals will have the opportunity to contribute to the cause, too, as Ferren and Till will be accepting hourly pledges, with 100% of the proceeds going to the hospital formerly known as the Blair E. Batson Hospital for Children on the campus of the University of Mississippi Medical Center near Fondren.

Ferren acknowledges that the "Singing for the Kids" will take much preparation on his part, as he is already putting in practice sessions that last from 10 a.m. to 4 a.m. "I'm just trying to get accustomed to the long hours," Ferren says of his rehearsal schedule. "I've done five-hour sets before, and holy mackerel, at the end of five hours, you're just spent."

These extended performances strain the singer's voice and guitar-playing hands, as he remarks that such prolonged stretches leave his fingers "raw." Because of this physical toll, Till and Ferren have reached out to the community to enable them to play the long hours that the benefit will require.

"We've asked for help from local musicians," Ferren acknowledges. "The singathon quits if we quit playing. So, we will play along with them, but they'll carry it for that hour, as far as vocals and things like that."

The two artists' continued presence onstage—even during their hourly, five-minute breaks—is of utmost importance, as the singathon ends if both of the men stop playing. Ferren feels good about their ability to persist, though, as he notes that the two have been playing shows together for nearly a year, bringing audiences across central Mississippi as they cover songs from John Prine, the Avett Brothers and Bob Dylan, among others.

Till and Ferren are relying on the public's hourly pledges to make these long hours worthwhile. "I'll be excited if someone pledges even 50 cents an hour," Ferren says. "Our biggest pledge right now is from an individual, and it's for $10 an hour." Ferren hopes, though, that local corporations will get more involved as the March 20 start date approaches, offering larger pledges or one-time donations toward the children's hospital.

The musician hopes that these pledges will offset the lack of donations that the hospital has endured over the last year. "Donations are down for good causes," he laments. "The one way I know to (combat that) is by doing something for the kids." Ferren has been planning this event for over a year, initially conceiving the idea during the course of his monthly shows at the flea market.

"During this time with so many hurting we knew that we needed to wait, but we have to continue," Ferren concludes. Ferren, Till and the management of the Flowood Flea Market and Antique Mall hope that local media and citizens will spread the word about the coming event and will make pledges—no matter how large or small—to ensure its success.