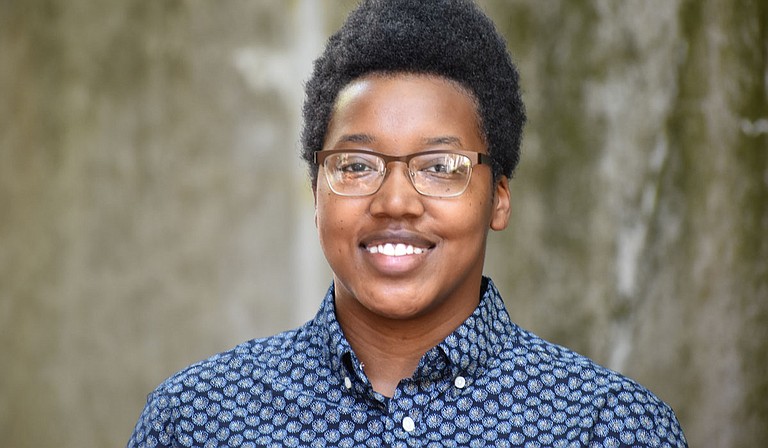 After a stint at Texas A&M, Jessica Nelson decided she wanted a challenge, so she enlisted in the U.S. Marine Corps.

"The Marines have the reputation of being the 'baddest' branch," Nelson says. "They had the hardest physical fitness test, and I wanted to be part of the best and the boldest."

While she originally planned to work in intelligence or communications, the Marines instead assigned her to the post of geospatial analyst, which was a surprise to the former psychology major. "I barely knew what Google Maps was," Nelson says, laughing. "Once I started to learn, though, it turned out to be a cool job."

Nelson did eventually get to live out her dream of working in communications, as she presently holds a full-time position with the City of Jackson, working with special projects and grants.

"I field questions from constituents who are calling in for the mayor's office, and I coordinate between citizens and foundations," Nelson says of her day job, which allows her to unite Mississippi's capital city with corporations and nonprofit organizations.

The Marine also uses her interpersonal skills at her own nonprofit. Founded in 2020, Grid North aims to help veterans work on interview techniques, resumes and other career-related skills so that they can find civilian work after leaving the armed services.

"It stemmed from my work with the City," Nelson reflects. "But it's grown into its own beast." Nelson largely fronts the workload herself, though she notes that Marlon King, who serves as her supervisor at City Hall, has been helpful in getting the program off the ground.

Lead for America, a nation-wide initiative focused on community service and public engagement, took notice of Nelson's commitment to her community, and her peers nominated her for a three-year term as a hometown/mobility innovation team fellow, a position she accepted in December 2020.

"I'm focused on alumni operations," Nelson says. "I try to increase opportunities (for participants) and build partnerships with new schools." While she has not yet traveled to Washington, D.C., to visit the outpost of this latest position, she hopes to be able to visit once the pandemic ends.

Despite travel restrictions, Nelson has stayed busy on Zoom, moderating a recent webinar for the Warrior-Scholar Project entitled "Celebrating Black Women Veterans in STEM," which highlighted the lack of women of color in the field.