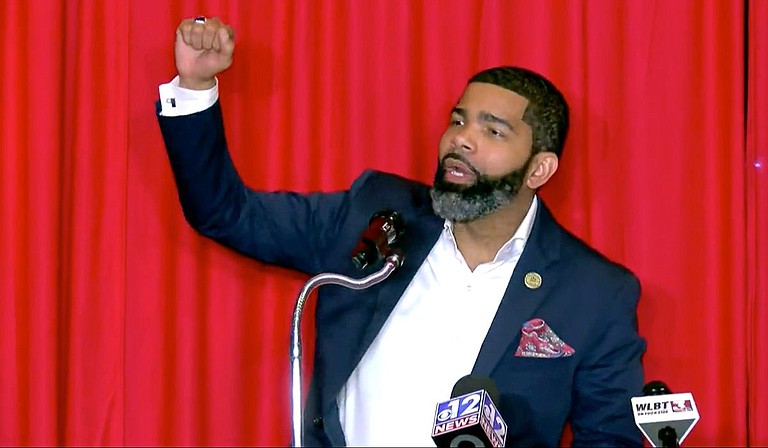 After garnering just shy of 70% of the votes in a field of five mayoral candidates, incumbent City of Jackson Mayor Chokwe A. Lumumba emerged the winner and will serve four more years.

"And even as we campaigned today, I worried about the residents, not only in south Jackson, but the residents in Presidential Hills who were without water because of our continued woes with our water-treatment facility," he added. "And I pledge to you not only would we rebuild our water-treatment facilities so that you have sustainable, dependable and equitable water, but we're going to rebuild this infrastructure from top to bottom. And we're going to do it, not because you have an amazing mayor, but because you are an amazing people. We're going to work together in order to make it happen."

Grizzell, a Democrat who ran unopposed on Tuesday, drew 2,771 votes. Ward 5's Vernon Hartley ran unopposed and received 1,703 votes. He will replace Council Vice President Charles Tillman, whom he defeated in the Democratic primary. Grizzell and Hartley join the city council for their first term.

In Wards 1 and 2, Republican Ashby M. Foote and Democrat Angelique Lee, both unopposed incumbents, received 2,229 and 3,548 respective votes and retained their positions on the city council for the next four years.