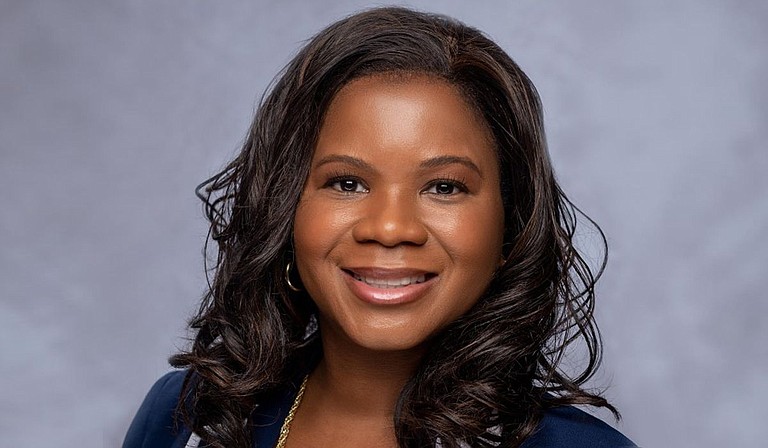 With her dual roles, in addition to expanding JSU’s brand both locally and regionally, Thomas is responsible for reputation management, marketing, media relations and strategic communications for the university. She also manages the JSU's Office of Marketing and Communications and serves as JSU's spokesperson to its stakeholders.

Amidst the pandemic, Thomas and her PR team created the “Bison In The Know” campaign to profile campus experts on COVID-19 issues and led efforts to keep messages consistent and visible with internal and external campus stakeholders.

"When the pandemic first hit it took everyone by surprise, and being at a large university we needed to jump into action to keep our students safe," Thomas says. "We had already been getting ready to send them home for Spring Break, but now we had to ask the students to remain home while we worked on things that needed to happen fast, including staff training throughout Spring Break to prepare for conducting classes online and new safety protocols moving forward."

While at Howard, Thomas' office received the Public Relations Society of America 2021 Bronze Anvil Award for Executive Communications and the 2020 Bronze Anvil Award for Twitter Engagement, as well as the PRWeek 2020 Best in a Crisis Award. PRWeek also named Thomas to its Women to Watch list in December 2020, and PRNews named her to its Top Women in PR list in April 2021.

Thomas was born in Miami, Fla., and attended high school at the New World School of the Arts, where she studied musical theater. After graduating in 1997, she enrolled at Florida Agricultural and Mechanical University, where she received a bachelor's degree in public relations in 2001. She later received a master's degree in integrated marketing communications from Florida State University in 2005.

"Early on I had an interest in entertainment as a performer in school, but by college I was looking for something more practical," Thomas says. "I pursued journalism at first, then went from broadcast work into PR after learning of the opportunities to work in different industries it could afford, as well as being able to learn skills for different settings."

From 2007 to 2013, Thomas worked in the Los Angeles entertainment industry, beginning with a position at Creative Artists Agency, where she coordinated speaking engagements for actors such as Sidney Poitier, Geena Davis, John Lithgow and John Leguizamo. She also worked with the FrontPage Firm on television, film and celebrity executive campaigns, including Roland S. Martin, Kevin Frazier, Bishop T.D. Jakes, Jumping the Broom, Sparkle, OWN’s “Welcome To Sweetie Pie’s” and TV One’s “LisaRaye: The Real McCoy.”

In 2013, Thomas took a position as director of media relations and interim chief communications officer at Florida A&M, where she managed the university’s media relations program. Two years later, she took a position as a publicity consultant for Liquid Soul, an entertainment and sports marketing company in Atlanta. There, she led the PR strategy for ABC Network, CNN, Walt Disney Studios and Fox Searchlight. She also managed national urban press outreach for Spike Lee's film “Chi-Raq” and CNN’s “The United Shades of America with W. Kamau Bell” documentary series.

Thomas also served as senior public relations manager at TV One in Silver Spring, Md., from 2016 until she joined Howard University in 2018. At TV One, she was responsible for developing the publicity strategy for unscripted and scripted programming, including “Rickey Smiley For Real,” the documentary series “Unsung” and original movies such as “Downsized” and “When Love Kills: The Falicia Blakely Story.”

"I feel like the most important aspect of where I am now with JSU is the opportunity to influence students in where they want to go or what they want to do," Thomas says. "The Office of Communications' job is to tell them what this university is all about and help them be able to see themselves in all the different fields we have to offer. Often, people may not have an opportunity to interact with these institutions directly. A lot of prospects try to figure out what they can on the internet rather than coming out in person, so it's our duty to tell them what they need to know and help them in their decisions."