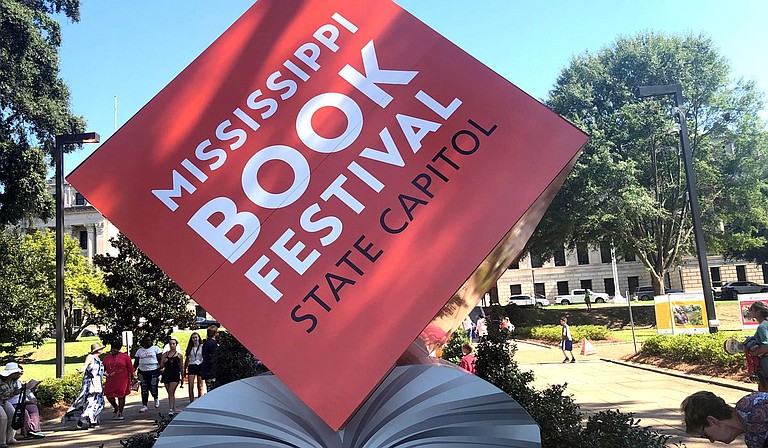 The seventh annual Mississippi Book Festival will take place on Saturday, Aug. 21, at the State Capitol Building and grounds in Jackson from 9 a.m. to 5 p.m. The event is free and open to the public. Photo by Amber Helsel

The seventh annual Mississippi Book Festival will take place on Saturday, Aug. 21, at the State Capitol Building and grounds (400 High St.) in Jackson from 9 a.m. to 5 p.m. The event is free and open to the public and will include panel discussions, book signings, on-site booksellers and more.

To celebrate the 80th anniversary of Curious George, the event will include an hour-long birthday party with kid friendly activities, cupcakes and pictures with Curious George and a book reading by Lynn Hosemann.

Featured authors include Angie Thomas, writer of "Concrete Rose," Jennifer Moffet, writer of "Those Who Prey" and Heather Truett, writer of "Kiss and Repeat," whose books cover topics such as cult recruitment, teen parenthood and the social struggles of a child with Tourette’s Syndrome.

Panelists include Melissa Iwai, author of "Dumplings for Lili," Don Tate, author of "Pigskins to Paintbrushes: The Story of Football-Playing Artist Ernie Barnes," Gilbert Ford, author of "From Here to There: Inventions That Changed the Way the World Moves" and more.

For information and a complete list of authors and panelists, visit msbookfestival.com.

Fondren Fitness (2807 Old Canton Road) in Jackson recently announced that it will expand its building and facilities. The new addition, the Studios at Fondren Fitness, is under construction inside the building that formerly housed Montgomery Ace Hardware, which closed in December 2020.

The expansion will consist of three separate studio spaces built around a “Sweat, Stretch, Spin” concept, a release from Fondren Fitness says. “Sweat” classes will include intense cardio classes such as high intensity interval training and kickboxing; “stretch” classes will include yoga, barre and Pilates; and "spin” classes include a full spin room planned for the expansion.

The expansion is scheduled for completion by late summer or early fall of 2021. Members will be able to join just the gym, just the studios or both. Fondren Fitness will also allow drop-ins for various classes throughout the week and weekends. For more information, including class offerings and pricing options, visit fondrenfitness.com.

Tickets to the event are $50 per seat, and reservations are required. For more information, visit bravobuzz.com.