JFP Up to 11 Wins in the 2021 SPJ Diamond Journalism, Green Eyeshade Contests 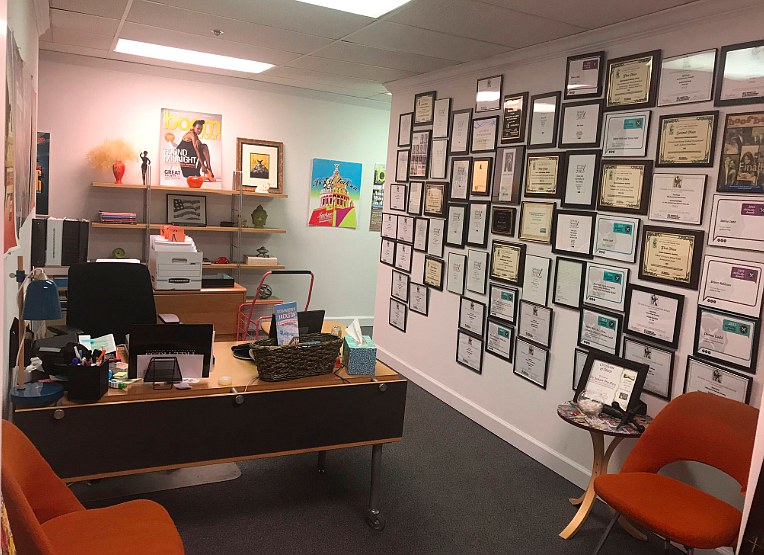 The Jackson Free Press's awards wall has been added to yet again.

State reporter Nick Judin, in his first year as a reporter, was the big Jackson Free Press winner in the Society of Professional Journalism Green Eyeshade Awards, covering 11 southeastern states. Nick, now a reporter for the Mississippi Free Press, took four first-place awards, including the Public Service in Non-Daily Journalism Award for his leading coverage of how the State of Mississippi and Gov. Tate Reeves were, and were not, handling pandemic safety measures. He also won First Place for both Disaster Coverage and Feature Writing for his coronavirus coverage, as well as First Place for a portfolio of his political/Mississippi Capitol reporting in 2020.

JFP Founding Editor Donna Ladd, who stepped away from the JFP in early 2021 to run the nonprofit Mississippi Free Press, won First Place for her JFP Editor's Notes on pandemic leadership voids and using real, uncomfortable history to fight racism.

Diamond Awards: Five for the Team

A week earlier, the JFP had won five Diamond Journalism Awards, organized by the Arkansas Society of Professional Journalists and covering journalism in Arkansas and the six states bordering it.

Kayode Crown notched a First Place win for Non-Daily Explanatory Reporting for his story "Of Water, Heat and Asphalt: The Science of Road Paving." The judges said: "People care a great deal about their roads. This story does a terrific job of explaining how complicated a seemingly simple repaving project can be. Well done."

Crown also grabbed a Third Place win for "Best New Reporter," a category that crosses all media in the contest.

Dozens of Commentary and Column Awards to Date

As she often does, JFP Founding Editor Donna Ladd also took the First Place Diamond Award in Print/Online Commentary with her series "Righting Racism During COVID-19." The judges wrote: "Columnists are at their best when they use history and facts to hold people, systems, and institutions to account. Ladd does it all and does it superbly. So well written. Thank you for the great read."

Donna has won dozens of commentary and column awards since 2004 in a variety of journalism contests. In 2020, she was the editor-in-chief of the Jackson Free Press at the same time that she and Kimberly Griffin founded the nonprofit statewide Mississippi Free Press just as Covid came to Mississippi, which she also edited last year while continuing to edit serious journalism at the JFP part-time. The MFP has won 19 awards to date for 2020 journalism (and team members Nick and Donna won eight for JFP in 2020), meaning that the two separate publications have won a combined 30 awards for work that Donna and her two separate teams produced in the first year of the pandemic.

See the Arkansas SPJ website for details on all of the awards and winners; congratulations to all of these hardworking journalists.

See all of the JFP's awards since 2004 to date here. Read Todd Stauffer's Publisher's Note about the 2021 awards and more.