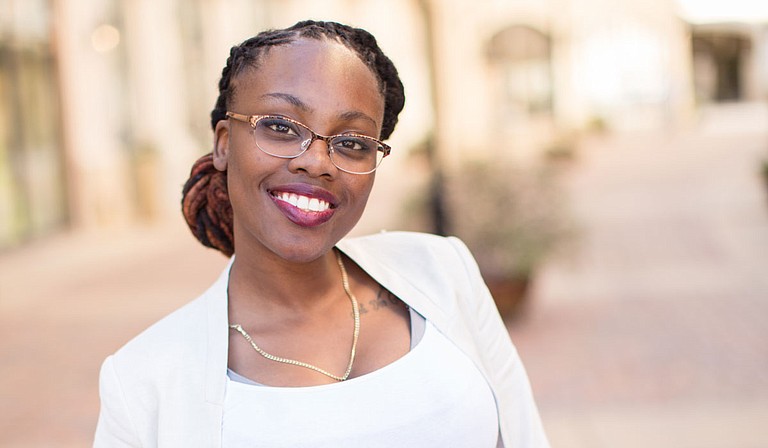 When Niketa Pechan moved to Jackson four years ago as a newlywed, she left behind in Miami a close-knit Caribbean-American community that had shaped her life up until that point. A first-generation Jamaican-American who lived for several years in the island nation, Pechan holds the country from which her parents immigrated in high regard.

“I am so proud of my heritage because Jamaica is such a tiny island, but this tiny island has birthed so many legends: Bob Marley, Marcus Garvey, Usain Bolt and now Kamala Harris (whose father is from Jamaica),” Pechan says.

Growing up in Miami, surrounded by the vibrant cultures of the many Jamaican and Haitian people living there, Pechan says that, in many ways, the South Florida city felt like an extension of the Caribbean. Leaving that sense of community behind was a difficult adjustment, and although she has grown to appreciate the culture here, in her new home, the absence of her previous, supportive community became particularly glaring when she was expecting her first child.

“Mississippi is in last place in maternal health care, and if you are a black woman you are four to five times more likely to die (in childbirth) than a white woman,” Pechan says. She goes on to explain that those statistics hold up, even when education and socio-economic factors are taken into account. “And that made me afraid,” she says. “So, I did my research, and I realized that I needed a doula.”

Pechan says that her experience giving birth with the support of a doula changed the course of her career. A Licensed Clinical Social Worker, Pechan had previously practiced in the areas of general mental health therapy and addiction recovery work. As a result of her positive experience working with a doula, she has now built a practice dedicated to helping women experiencing issues arising from pregnancy, childbirth and motherhood, as well as becoming a trained doula, herself.

According to Pechan, one of the most important aspects of her own experience with a doula, and something she now strives to bestow on her clients, is a change in the way of thinking about childbirth. She says that, working with her doula, she was able to shift her thinking about giving birth, changing it from a fearful, anxiety-filled event to one that is natural and beautiful.

“My work,” she says, “the counseling aspect of it, comes from supporting those who may not have had that beautiful experience … and may desire another child but are traumatized by their experience and want to process that.”

As a therapist, Pechan specializes in Eye Movement Desensitization and Reprocessing, or EMDR, a form of therapy that addresses and seeks to process trauma, which she says is effective in helping her clients move through their emotional pain. A hallmark of Pechan’s practice is her conviction that mental wellness must involve the body, as well as the mind. In keeping with that belief, her practice hosts wellness offerings such as yoga classes and Kukuwa African Dance Fitness, in addition to therapy sessions.

“Moms go through motherhood for years and lose themselves. I don’t want moms to lose themselves anymore. I want them to stay connected,” Pechan says. “I guess that’s my mission, to help moms stay connected to who they are in their mind, their body and their spirit. That’s it, I guess, in a nutshell.”

Learn more about Niketa Pechan and her practice at goldenaurawellnessms.com, or on Facebook at Golden Aura Wellness Co. Learn about her upcoming podcast on Facebook at The Doula Therapist.