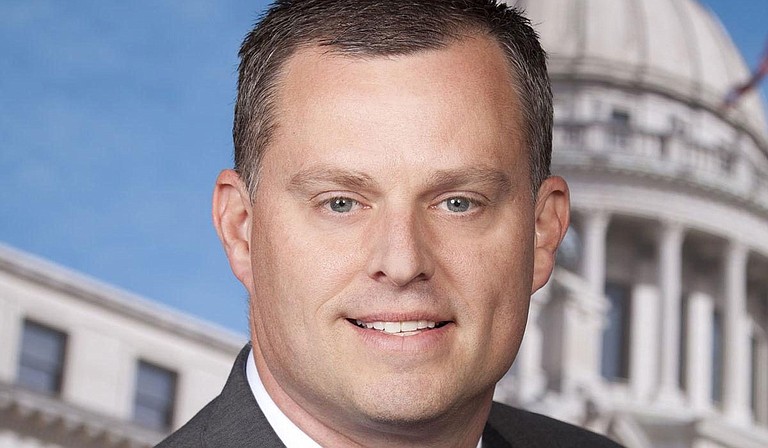 Republican Sen. Chad McMahan of Guntown proposed the “Freedom of Roadway Act" to "criminalize the malicious obstruction of a public street, highway or road during an unpermitted protest.” Photo courtesy Mississippi Senate

JACKSON, Miss. (AP) — Republican lawmakers in Mississippi are seeking to increase penalties for people who block public roadways during protests. Several Democrats, however, are expressing concerns about legislation that could be seen as criminalizing free speech.

Republican Sen. Chad McMahan of Guntown proposed the “Freedom of Roadway Act" to "criminalize the malicious obstruction of a public street, highway or road during an unpermitted protest.”

Senate Bill 2283 would require that protesters who block roadways with no permit be fined up to $1,500, serve up to a year in jail or both. The minimum punishment would be a $500 fine and a 25-day jail sentence.

McMahan told the Senate Judiciary B Committee on Wednesday that he drafted the bill after being approached by the Tupelo police chief, who was concerned after seeing protesters blocking roadways in other parts of the country.

McMahan mentioned a protest outside of Memphis, Tennessee, where people blocked traffic on a four-lane highway. There have been several protests in Memphis over the killing of Black men by police that have closed roadways during the last few years.

“There was a protest in Columbia, Mississippi, on Highway 98 where some folks from out of town came and blocked the road after some of these police deaths and things across the country," said Republican Sen. Angela Burks Hill of Picayune, a co-sponsor of the bill.

“It almost turned into the citizens handling the blocking of the roadway,” she said. “I think that — anything to deter somebody from wanting to do this. We don't want anybody getting hurt.”

However, Democratic Sens. Angela Turner-Ford of West Point and Derrick Simmons of Greenville raised concerns about the legality of criminalizing gatherings without a permit.

The majority of lawmakers on the Senate Judiciary B Committee said they would not support sending the legislation to the full Senate for a vote as it was written.

Simmons proposed a compromise — increasing penalties on an existing law that bans any person from obstructing roadways, instead of passing legislation specifically targeting protesters.

The change would increase the current punishment of $500 or six months in jail for blocking roadways to McMahan's proposal of $1,500, a year in jail or both, with a minimum $500 fine and 25 days in jail.

The amended proposal was passed by committee members unanimously and will now go on to the full Senate.