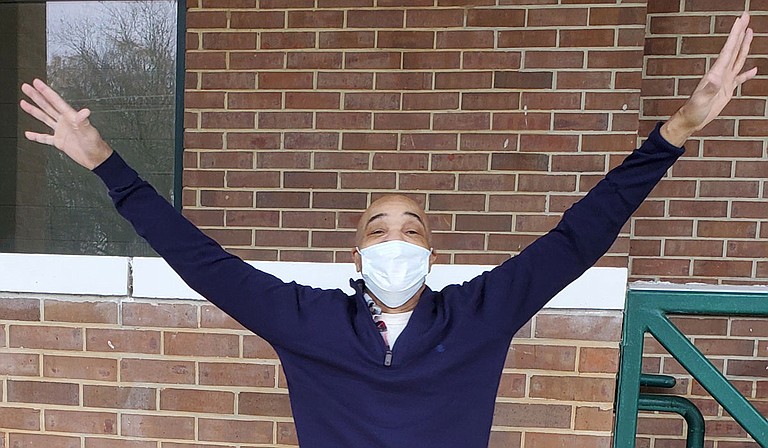 A Mississippi judge has dismissed a murder charge against Eddie Lee Howard, a Black man who spent more than a quarter-century on death row in the 1992 killing of a white woman. Photo courtesy Mississippi Innocence Project

JACKSON, Miss. (AP) — A Mississippi judge has dismissed a murder charge against a Black man who spent more than a quarter-century on death row in the 1992 killing of a white woman.

Eddie Lee Howard, now 67, was convicted multiple times of capital murder in the stabbing death of 84-year-old Georgia Kemp of Lowndes County. In Mississippi, capital murder is defined as a killing committed along with another felony. In this case, the other felony was rape.

District Attorney Scott Colom confirmed Monday that prosecutors were dropping the murder charge against Howard. Howard has been released from prison, his attorneys said.

A dentist’s bite-mark testimony that had been used to convict Howard has now been discredited, Colom said. Additionally, he said, testing of a knife and other items found at the crime scene after Howard's conviction found no evidence of his DNA.

Colom told The Associated Press that there was not enough evidence to convict Howard “beyond a reasonable doubt.”

"My ethical and legal responsibility requires that I dismiss the case,” he said.

The decision came months after the Mississippi Supreme Court ruled on Aug. 27 that Howard deserved a new trial because his conviction was based partially on a discredited dentist’s testimony. Howard was removed from death row in December in response to the ruling.

On Feb. 2, 1992, Kemp’s body was found on her bedroom floor by firefighters. Neighbors had reported seeing smoke coming from her home. Kemp’s legs were bloody, she was partially exposed, a bloody knife was on her bed and the telephone line had been cut, court records show.

Howard was first convicted in 1994, when he represented himself at trial.

That conviction was overturned in 1997, but Howard was convicted again in 2000 after Dr. Michael West testified that bite marks on Kemp’s neck and arm were “consistent with” Howard’s teeth, and that a bite mark on her right breast was an “identical” match to Howard’s dental impressions. The dentist also testified that he had “no doubt” Howard left the mark, according to the Supreme Court ruling.

West testified that he was a member of the American Board of Forensic Odontology and that he had followed the group’s guidelines as he compared the marks on Kemp’s body to Howard’s dental impressions that were made as part of the case.

Since Howard’s trial, the board has revised those guidelines to prohibit such testimony, reflecting a "new scientific understanding that an individual perpetrator cannot be reliably identified through bite-mark comparison,” Mississippi justices wrote in August.

West said in a 2012 deposition that he no longer believed in bite-mark evidence and it should not be used in court cases.

West testified about bite marks in other cases that have been overturned, including the wrongful convictions of men in the rape and killing of two 3-year-old girls in Mississippi. Levon Brooks and Kennedy Brewer were later cleared, based on DNA evidence. Brooks was in prison for 16 years and Brewer was in prison for 13 years.

Howard was represented by the Mississippi Innocence Project. One of his attorneys, M. Chris Fabricant, said in a news release Monday that "debunked science has no place in our justice system.”

“The Mississippi Supreme Court has taken a powerful stance in rejecting junk science as the basis on which to put a man to death,” Fabricant said.

In a statement, Howard thanked all of the people who helped make his “dream of freedom” a reality.

“I thank you with all my heart, because without your hard work on my behalf, I would still be confined in that terrible place called the Mississippi Department of Corrections, on death row, waiting to be executed,” he said.