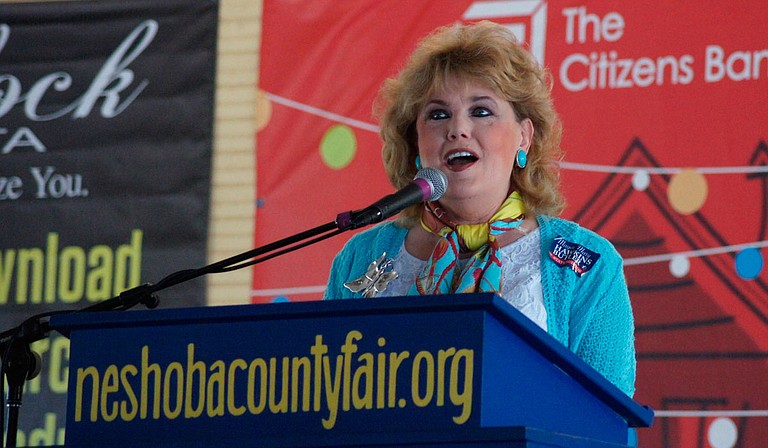 A lawsuit by Madison Mayor Mary Hawkins Butler seeks to block the program, arguing that Mississippi's initiative process is outdated because the state constitution says petitioners must gather an equal number of signatures from five congressional districts. Photo by Arielle Dreher

JACKSON, Miss. (AP) — Attorneys trying to block a Mississippi medical marijuana program say the state is using a “zombie law” about old congressional districts to defend how an initiative landed on the ballot.

Voters in November approved Initiative 65, which requires the state Health Department to establish a medical marijuana program by the middle of this year.

A lawsuit by Madison Mayor Mary Hawkins Butler seeks to block the program, arguing that Mississippi's initiative process is outdated because the state constitution says petitioners must gather an equal number of signatures from five congressional districts.

Mississippi dropped from five congressional districts to four after the 2000 Census. Butler argues that this creates a mathematical impossibility: With four districts, more than one-fifth of the signatures must come from each.

Federal judges drew four congressional districts when legislators failed to agree on a redistricting plan after the 2000 Census. Although the state has been using the federal order for congressional elections, legislators did not clean up state laws to remove descriptions of the five old districts.

Attorneys representing Secretary of State Michael Watson argued Dec. 28 that the five old districts “may be used for anything but congressional elections,” including for gathering signatures for initiatives.

Butler's attorneys ridiculed that argument in papers filed Thursday. They said the law describing the five old congressional districts is dead. They note that the 5th U.S. Circuit Court of Appeals has referred to any law that remains on the books but is unenforceable as a “zombie law."

“The Secretary of State’s argument depends on this zombie law’s reanimation," Butler's attorneys wrote about the five old districts.

Butler opposed Initiative 65 because it limits cities’ ability to regulate the location of medical marijuana businesses.