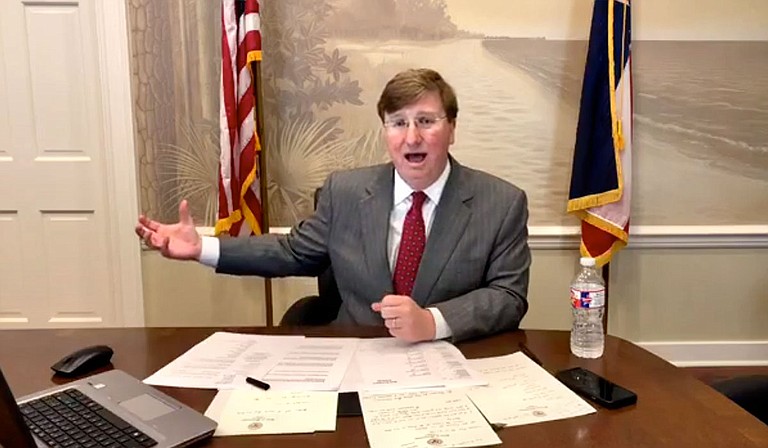 Today, Gov. Tate Reeves announced the decision to allow vulnerable Mississippians to have access sooner than expected to the COVID-19 vaccine. Photo courtesy State of Mississippi

The following is a verbatim statement from Gov. Tate Reeves' office:

The following counties are currently under a county wide mask mandates after meeting the certain requirements in relation to COVID-19:

As of now, 78 of Mississippi's 82 counties are under mask mandates.

"The most important task that we have is getting the vaccine out to the public. That is our only way out of all this," Governor Tate Reeves said. "I still believe everyone should continue to take social distancing seriously."

A copy of the executive order 1535 can be found here.