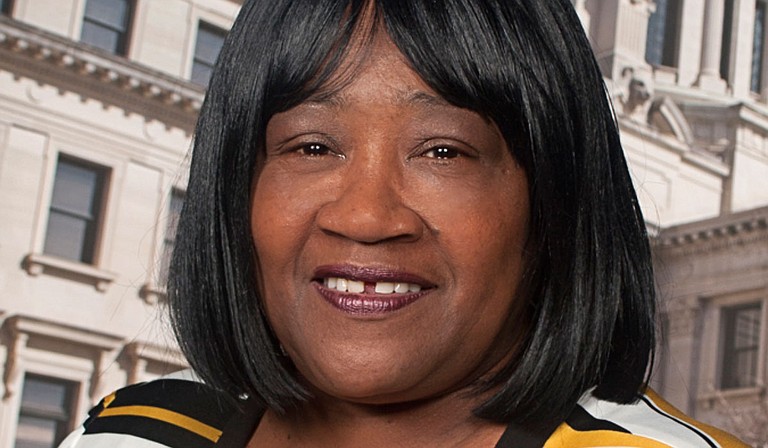 Democratic state lawmaker Hester Jackson McCray is leading a group of activists who want to amend the Mississippi Constitution to create a broad system of early, in-person voting. Photo courtesy State of Mississippi

JACKSON, Miss. (AP) — A Democratic state lawmaker is leading a group of activists who want to amend the Mississippi Constitution to create a broad system of early, in-person voting.

The coalition filed paperwork Thursday at the Mississippi Secretary of State’s office to begin an initiative process.

“We the people see that Mississippi legislators are not going to give us early voting, and we must therefore help ourselves,” said Rep. Hester Jackson McCray of Horn Lake, who last year became the first African American to represent DeSoto County in the state Legislature.

The proposed initiative would allow people to vote at least 10 days before an election at the offices of circuit clerks or municipal clerks and other qualifying polling locations.

Mississippi has some of the most restrictive laws in the U.S. about voting before Election Day.

Absentee voting is available to Mississippi to residents 65 or older, or to any voters who are permanently disabled or will be out of their home county on Election Day. People who have to work on Election Day when polls are open may also vote absentee.

Voters waited for hours in long lines to cast their ballots during the presidential election in November.

Getting an initiative on the ballot is a complicated process. Advocates will need to pay a $500 fee and wait for state officials to give them a ballot summary. Once they have that, organizers have a year to get more than 100,000 Mississippi voters to sign petitions.

Even if organizers get enough signatures, Mississippi legislators can put an alternative proposal dealing with the same issue on the same ballot — a situation that can lead to confusion among voters.

Because of the coronavirus pandemic, legislators last year tweaked Mississippi law with temporary provisions that have allowed absentee voting by someone with a temporary or permanent disability. That may include “a physician-imposed quarantine due to COVID-19” or by a person who is “caring for a dependent that is under a physician-imposed quarantine due to COVID-19.”

Bills to allow early voting passed the Mississippi House with bipartisan support in 2016 and 2017 but were killed by a state Senate committee led by Republicans, who have controlled both legislative chambers for nearly a decade. Some Democratic lawmakers sought to expand early voting through several bills filed this year, but those efforts did not gain traction.

Republican Gov. Tate Reeves has made clear he would veto any legislative efforts to broaden state laws to allow widespread no-excuse early voting.