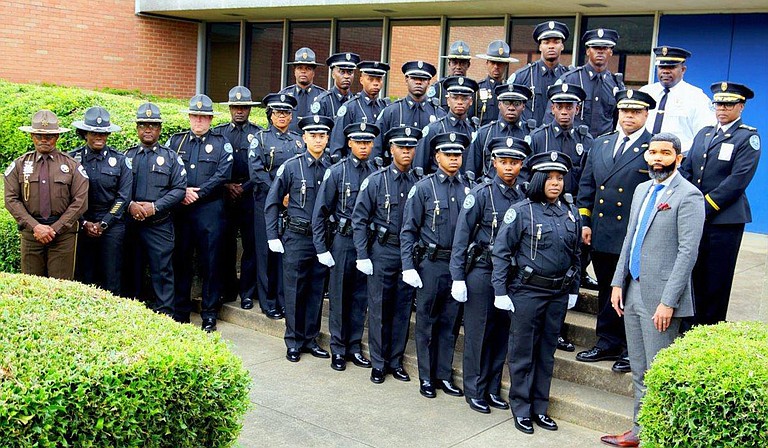 The Jackson City Council, at the urging of Mayor Chokwe Antar Lumumba, recently voted to approve the city’s budget that includes an increase in the salaries of JPD officers. The salary increase comes at the end of a summer of insurgency against police-state murder in cities throughout the U.S. that Mayor Lumumba was able to suppress locally by offering false promises of paltry reforms and other symbolic gestures.

Activists who collaborated with Mayor Lumumba as he feigned concern for the lives of working-class Black people killed by JPD also played a critical role in suppressing potential insurgent activity. Despite many promises and assertions that alternatives to policing are needed, the mayor continues to tout his record of providing JPD with more surveillance gadgets, weaponry, more officers and fleets of new vehicles.

Those funded by the Rockefeller brothers, and the MacArthur and Marshall Field foundations either just got a thumb in their eyes by their friend the mayor, or were acting as paid agents to bewilder the city the whole time. Here one can interpret the facts. They now have every opportunity to mobilize against the mayor. They will not. They never did. Perhaps a new sincere gathering of forces will emerge.

Stokes’ claims that the commission of misdemeanor offenses in the city is causing havoc and that those who are accused of committing such offenses need to be carried out of the city to make the city safe are idiotic. The only persons accused of misdemeanors offenses that are not being jailed are those that do not involve crimes of violence such as misdemeanor assault and domestic violence.

Council President Aaron Banks has urged the mayor to undertake negotiations with neighboring municipalities and counties like Ridgeland and Madison to increase incarceration of misdemeanor defendants. Mayor Lumumba, the great defender of the police state and mass incarceration of working-class Black people that he is, claims that JPD is not responsible for the release of those accused of misdemeanors because the Hinds Sheriff’s Department is refusing to accept such offenders into the jails.

The assertion that individuals who are committing petty theft and other misdemeanor property crimes are making the city unsafe and that the solution is incarcerating people for petty crimes is asinine. This proposal from elected officials seeks to make it appear that they have solutions to curb crime and violence when it is clear they do not. This is a little more than a costly public relations stunt leading up to the local elections in 2021.

None of the activists for prison reform has publicly opposed this move by the government. The prison reformers, who like to claim there is a “new Jim Crow,” could organize demonstrations against Mayor Lumumba’s government to challenge their plans to incarcerate non-violent misdemeanor offenders, who if found guilty, would serve minimal jail time, if any.

What is clear is that a new layer of uncompromising people needs to surface and pull back the veneer of progressivism to expose the authoritarian nature of Mayor Lumumba’s government.

The facts of the mayor’s support for the police state and mass incarceration are not in dispute. This summer a whole lot of psycho-babble was spoken about manners, tone of voice, who is civil, courteous and respectful. And everyone who spoke like that supported the mayor—the only disobedience they carried out was throwing their body over his image as a Black man.

Given the cadavers of the eight Black people his police state has killed on his watch, none of the “good trouble” makers caused disruption to business as usual.

A new SWAT Team that includes officers from the Sheriff’s Department, JPD, and Byram PD just published a photo like they are a football team ready to tackle someone and win a trophy. In the future they will use sniper guns, tear gas, helmets, shields and clubs, and sound grenades to break up risings against the police and prison state.

Apparently, nice and honorable people organize such a team to maintain law and order—a white supremacist and propertied concept. When we fight, even speak up in uncompromising ways for ourselves, Black folks are thugs. When you fight for the city or state you get a blue ribbon like you raised the best squash at the county fair. That is what SWAT teams are for—to squash insurgent Black toilers (not professionals).

The trope of “Black unity” means in the final analysis the activists for the government and the Black elected officials that collaborate believe Black police matter. Prisons also matter, though they prefer to humanize them with Black ownership and social workers. They believe Black capitalism matters.

They also believe that no matter how much government power or how much wealth Black people actually possess, the social relations of hierarchy and domination they take part in don’t matter because they are less wealthy than rich white people. They believe subordination of Black toilers in this society is inevitable. Therefore, it is benevolent when Black people carry out killing, incarcerating and exploitation.

Malcolm X, who warned us not to be bamboozled or led astray, said the government puts the drugs in the Black community, allows prostitution and tries to extract money from street gangs involved. In recent years, JPD officers have been convicted of accepting bribes to protect drug shipments they were made to believe would be flown into Jackson’s Hawkins Field. Should we believe that these officers were just individual bad apples that were able to clandestinely carry out their criminality in plain sight? How could such schemes to entrap be believable if police and federal authorities were not familiar collaborators on such endeavors?

After all elected officials do to criminalize and incarcerate indigent Black people, why are there still drugs, gangs and prostitution in Jackson? Are these activities that police, who make no great sums (raise or no raise) and government take part?

Combatting police murder and mass incarceration requires we not be naïve or imposters for hire. It requires that communities organize themselves to ensure the public safety and security of their own communities independent of the municipal government that pretends to be fighting a white racial state even as it proposes to collaborate with officials in neighboring governments that some of them have said are racist.

This is what the affirmative-action empire does and it is up to ordinary citizens to reject such a fraud.