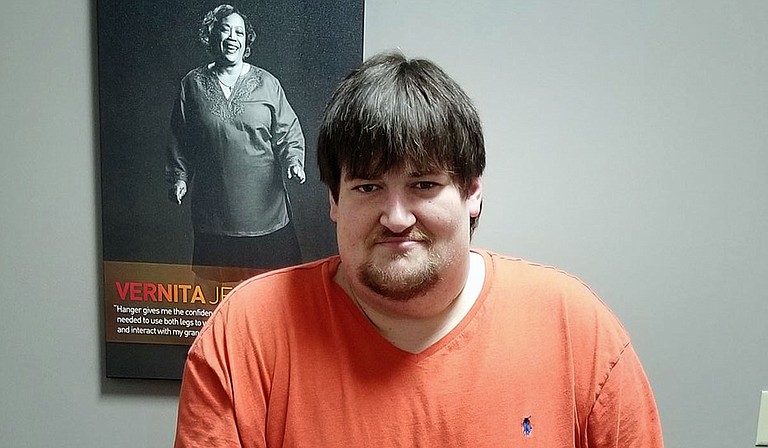 HATTIESBURG, Miss. (AP) — There aren’t two things Heath Hinton wanted more since April than the chance to walk again and watch Southern Miss football. This past week, he got to do both.

Hinton grew up attending Southern Miss games with his father, Dannie. One of Hinton’s brothers, a Mississippi State fan, used to work at a steakhouse and every season, the two would place a wager on the Golden Eagle-Bulldog matchups. From 1977-88, USM bested MSU 10-2.

“He still owes my dad some steaks,” Hinton said.

Hinton loves Southern Miss athletics, but he had no idea how much it loved him back — until late March.

Shortly after baseball season came to a halt due to COVID-19, Hinton cut his left foot and it became infected. He took antibiotics, followed the doctors orders but two days later, his foot got worse. Hinton then went back to the hospital, and had to get his entire left leg amputated. Looking back, Hinton said he’s somewhat thankful events took such a quick turn because he didn’t have too much time leading up to the amputation to get anxious.

As soon as word got out, a GoFundMe was created to support Hinton’s hospital bills and $5,600 was raised.

A couple of days after the surgery, Hinton was sitting in his hospital room. His new reality had sunk in. He reached down and noticed his leg wasn’t there.

Then, he checked his phone.

“Hey, buddy. We heard about you, we’re praying for you. Get better soon.”

“Hey, man. If you need anything, just let us know. We want you to get better and get back. We miss you. ”

“It was those type of things that really brought me back,” Hinton said. “It was that where I was like ’wow. You know what? Those people reached out to me, I’m not going to let them down.”

On Aug. 31, Hinton posted a Twitter video of him taking steps on his prosthetic leg using a walker. The first steps he had taken in nearly six months. As of Thursday night, the post has over 780 likes.

Through his healing process, Hinton said he has learned more about himself and he’s stopped caring what other people thought of him. He’s also learned how much people genuinely cared for him beyond his work.

“Heath is a tremendous person and obviously we were devastated that he had to go through this,” Berry told the Clarion Ledger. “Knowing Heath like people who know him, he’s going to come through it just fine. He’s a man that has a great attitude. He’s very positive about everything and that’s why he’s taking those first steps so soon after the loss of a leg. He’s bound and determined to be back where he was.”

Hinton’s goal was to walk into M.M. Roberts Stadium for Thursday night’s opener against South Alabama. He wasn’t able to do just that, but he was proud to be taking steps again around the start of the season.

“He has been in our prayers as he has battled through these health issues, and I am thrilled to see him up and walking again,” McClain told the Clarion Ledger. “We can’t wait to have him back at games soon.”

Hinton said he doesn’t need any further financial assistance from the community, but he’s grateful for the “unreal” support he’s received. He expects to attend the Golden Eagles’ second home game on Sept. 19 against Louisiana Tech.

“Not that I didn’t think Southern Miss people weren’t amazing people,” Hinton said. “But I didn’t know how many of them knew who I was or how many read what I do. I know how many people subscribe to BigGoldNation, but even outside of that. I guess you don’t know what type of impact you have on people, and I didn’t realize it until now. It made me more humble and it made me more respectful.”