OPINION: Mayor Lumumba Attempts to Disarm ‘Our People’ in Jackson, Literally and Figuratively 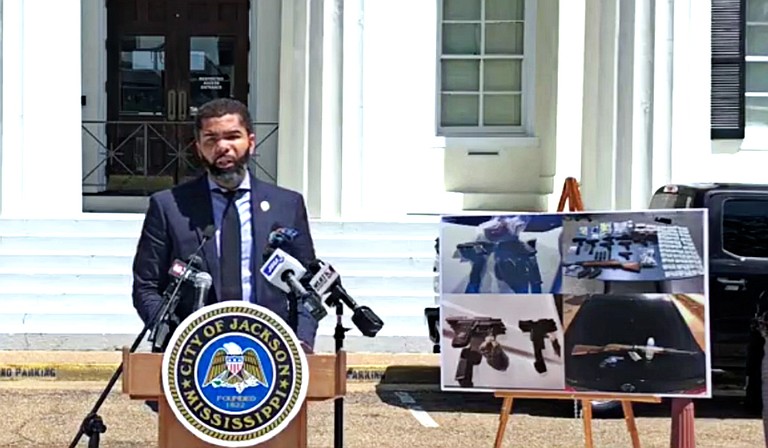 How long will we be entranced by Mayor Chokwe Antar Lumumba referring to black folks as “our people”?

During his tenure as mayor, Lumumba has presided over police killing and maiming of black toilers and has strengthened police’s capacity to brutalize and subjugate. Now, in response to the recent shooting deaths of two children, he has curtailed the right of residents to open-carry weapons in Jackson, an overwhelmingly majority-black city.

The mayor claims authority to do so as a part of his declaration of a civil emergency due to the coronavirus. Empowering the police to confront residents who open-carry has nothing to do with containing the virus. Such interactions may increase the spread of the virus and the likelihood of violence against residents. Mayor Lumumba’s actions are consistent with black mayors being in the vanguard of policing black commoners.

Given that most black people do not use firearms to rob or kill, for whom else is this initiative intended? Many may find the mayor’s rationale for his authoritarian action compelling. But if Mayor Lumumba is serious about the loss of life by firearms, why is he not indignant when JPD officers kill innocent men and women?

On April 13, JPD officers killed a man who was allegedly suspected of a burglary. As far as anyone knows, the officers will face no consequences.

Mayor Lumumba does not propose to disarm the police, the major form of institutional racism, who openly carry in public and kill with impunity. Why? The police essentially protect the property rights of those, both black and white, who oppress the black multitudes. If ordinary black folks possessing guns out in the open makes the job of the police more difficult, we should tell the mayor that under his watch he has already made the job of the police, who too often kill without trial or sanction, too easy.

The Black Panther Party openly carried in public. This was the basis of the cop-watch programs that made them heroic. California and many states changed the laws in response to ordinary blacks’ initiatives to defend their own lives.

In recent years, the laws of the land have been strengthened in the direction of open-carry for citizens. This strengthening has coincided with the rise of black mayors and police chiefs in various cities throughout the south who occupy, surveil, and repress black folks. Who will defend black lives from the terror carried out by black police in the name of black power in the most radical city on the planet?

Whether one is a Black Nationalist or a socialist, the Black Left often speaks of the need for blacks to govern, to control the politics and economics of “our community.” This vision has been severely restricted now to voting and hoping for a black mayor and police chief to paternalistically rule over the black masses, whom black elites view as too backward and psychologically damaged to directly govern their own affairs.

The myth that Lumumba’s Jackson is resisting a white racial state, the New Jim Crow, is blown sky high by his disarming of the black population. It shows the people who he really wishes to subdue and suppress.

Chokwe Antar Lumumba and Rukia Lumumba in the recent past have spoken of policing crime in Jackson, using the language of tracking an epidemic. Their historical awareness and black consciousness were so thin, that, before the coronavirus crisis, they appropriated World Health Organization theory to make this claim.

It never occurred to them that they implied that toiling and poor black folks were especially diseased and proliferating a damaged culture resulting in widespread murder and mayhem. This is how the biological racism and Social Darwinism of the Jim Crow era viewed blacks—as a diseased and predatory lower culture. Can black rulers administer the “New Jim Crow”?

Mayor Lumumba’s Jackson regime is testing the awareness of “our people” on behalf of the Affirmative Action Empire and ethnically plural police state in this country. Can Mayor Lumumba advance the disarming of black folks in a majority-black city under the premise of fighting black crime?

We know that many believe that the mayor’s executive order applies to all residents equally. However, in a city that is 80% black who will be the targets of police harassment, shakedowns and confiscation of legal firearms?

The targets of this initiative will be the same people that Jackson police harass at checkpoints, drug raids and through police-state surveillance. Is this what self-proclaimed black radicals and their white allies mean by black self-determination?

This is supposed to be “Cooperation Jackson” distinguished by worker-owned cooperatives and popular assemblies of ordinary black folks. A few short years ago, well-wishers allowed Lumumba and others to claim he was not a liberal but a revolutionary and that a social transformation was happening in Jackson. It is time the mythmakers are confronted.

If Jackson is the most radical city on the planet, it should not be disarming (only) back folks. Social revolutions are supposed to have an enlarged, not a retreating, concept of citizenship.

Instead, Mayor Lumumba proposes to disarm “our people,” literally and figuratively.

Adofo Minka is a resident of Jackson.