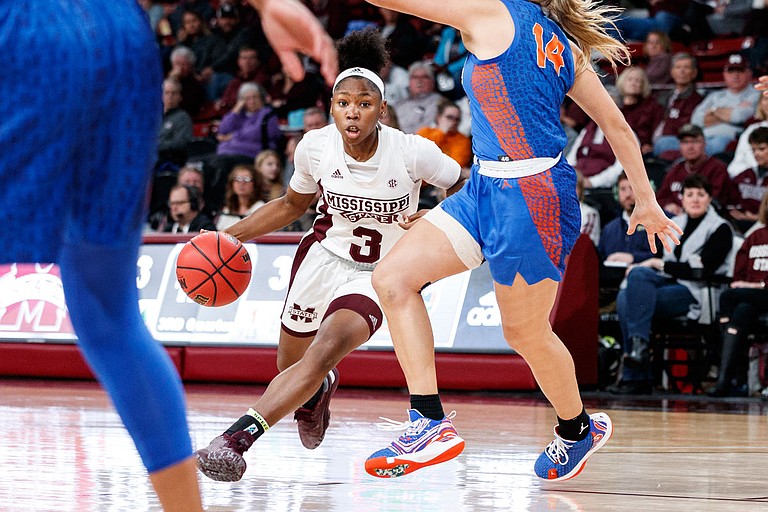 Once again, Mississippi State University women's basketball team has rolled through most of the 2019-2020 season. The Bulldogs have lost just three times this season, with out-of-conference losses coming to the University of Stanford and West Virginia University.

MSU was 4-0 in Southeastern Conference play heading into a major showdown against the University of South Carolina. The Gamecocks took down the Bulldogs in a battle of two of the top teams in the SEC with USC getting the 81-79 win at home.

Facing a conference set back for the first time all season, the Bulldogs showed they could bounce back. MSU took down Vanderbilt University 68-52 in the first game after the loss to South Carolina.

Matharu, a Washington, D.C., native, helped the Bulldogs destroy rival University of Mississippi in the next game for MSU. Matharu scored 11 points, one rebound, and made one steal in the Bulldogs 80-39 spanking of the Rebels.

The two-game performance earned Matharu recognition from the conference as SEC Freshman of the Week. She is the second MSU freshman this season to earn the honor, joining forward Rickea Jackson.

This is the 13th time that a player has been honored as freshman of the week under current head coach Vic Schaefer. It is the first time a pair of freshmen have taken the award for the Bulldogs since Victoria Vivians and Morgan William accomplished the same feat in the 2014-2015 season.

This season, Matharu is averaging seven points, 1.5 rebounds and nearly an assist per game. She has played in all 21 games for the Bulldogs this season but has yet to crack the starting lineup.

MSU shroud coast against Auburn University on Thursday, Jan. 30 with tip off at 7 p.m. and the game on SECN+. The Bulldogs might get a tougher test against the University of Georgia on Monday, Feb. 3 with a 6 p.m. tipoff on the SECN.

Freshmen like Matharu and Jackson will provide the Bulldogs depth needed to make another deep postseason run that fans have come to expect under Schaefer.