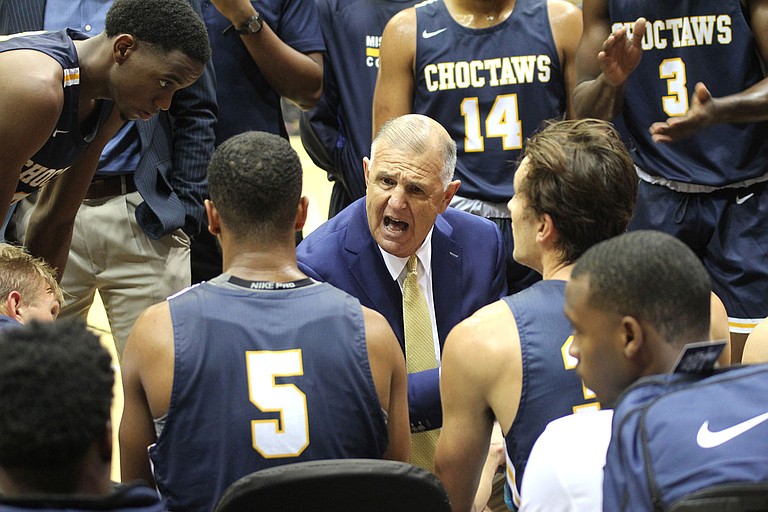 After 11 years away from coaching, Mike Jones returned to the sideline on Monday, March 18, after Mississippi College renamed him as its head basketball coach. MC President Blake Thompson named Jones head coach, and he will continue to serve as athletic director.

Jones' first season back coaching helped him reach a career milestone. In a 79-69 win over Shorter University, Jones reached 450 wins overall in his coaching career.

The New Hebron, Miss., native, has won 338 games with Mississippi College and 112 wins at Copiah-Lincoln Community College. He began his coaching career as a graduate assistant coach at MC where he scouted and recruited players.

University of Southern Mississippi head coach M.K. Turk mentored Jones in his position as an assistant coach. His next stop was at Copiah-Lincoln as head coach.

In the 1984-1985 season, Jones made his debut as head coach and finished his first season with a 24-6 record. He followed it up with a 32-4 record the next season as his team NJCAA Region XXIII Champions, and Jones was named NJCAA Region XXIII Coach of the Year.

Mississippi College and Jones broke through in the 1991-1992 season. The Choctaws finished 21-8 and reached the Gulf South Conference Championship Game.

Jones took his team to an NCAA Tournament Regional Semifinals and GSC Tournament Champions as the team finished 21-10 overall. MC went 17-8 and 21-4 as Jones helped the program transition to Division III.

The next three seasons saw MC win as ASC East Division Champions, twice to the ASC Championship game and once as ASC Tournament Champions before stepping down as head coach after the 2001-2002 season.

Jones returned as MC head coach for the second time starting at the 2006-2007 season. His return led to the Choctaws to return as ASC East Division Champions, ASC Tournament Champions and reached the NCAA Tournament Sweet Sixteen. Jones was named ASC Coach of the Year.

Jones coached the 2007-2008 season as MC went 19-6 but ASC Eastern Division Champions and reached the conference tournament quarterfinals. He became a full-time athletic director and has helped lead the Choctaws back to Division II.

Mississippi College is currently 6-6 as Jones tries to finish his 21st season as head coach with a 21st winning season. The Choctaws look to make it two wins in a row when the team takes on Valdosta State University on Thursday, Jan. 9, with tipoff scheduled for 7 p.m. on the road.