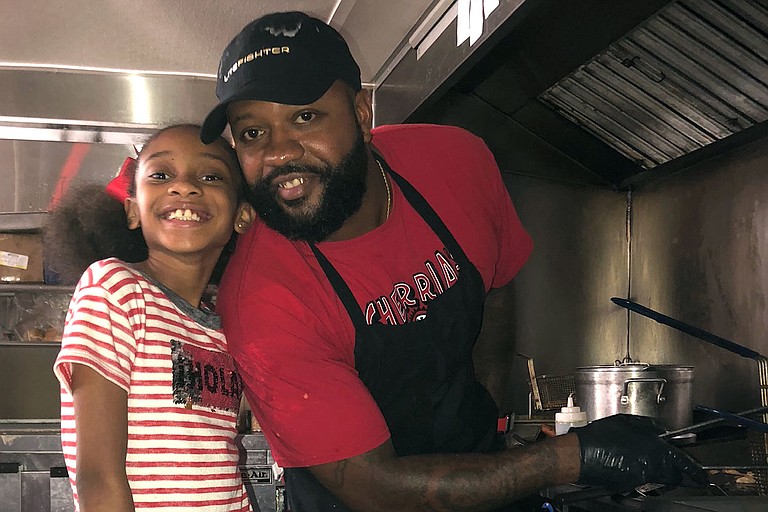 Willie Williams Jr. grew up watching his father's success in his various small businesses, which sparked a life-long wish to grow his own business while striking his path. From a clothing store to a nightclub to a car lot, Williams has owned many businesses, but he ventured into the restaurant industry and now owns and runs Sherria's Chicken Coop 2Go.

"I've been a business owner almost my whole adult life," Williams says. "My dad has owned businesses my whole life, and I always worked during the summertime and saw how he prospered, so that made me want to be , too."

Named after his mother who died in 2003, Sherria's is a food truck that can be found at 1505 Terry Road from Tuesday through Friday each week from 11 a.m.-3 p.m. and 5-8 p.m., sometimes staying open until 9 p.m. Williams, 41, says he thanks his mother for his cooking skills and all of the recipes on his menu.

"My mom would always say, 'You're going to mess around with some girl that doesn't know how to cook, and you're going to starve to death,'" Williams says. "She always had me in the kitchen, so all of my recipes come from her.

Williams' food truck serves a wide variety of food from all-American burgers to soulful fried chicken or even lamb chops and shrimp with garlic sauce. He says he is extremely proud of his food truck's diverse food selection because he noticed many trucks have very limited menus.

"I took my same menu and the same recipes that I used at my restaurant, migrated them to my truck," Williams says. "I offer a pretty big menu for it to be a food truck. I have about 20 or 30 (items) that you can choose from daily. ... I'm going to give you a five-star meal, coming off of a food truck."

The food truck started as a brick and mortar establishment, but Williams says he did not like the overhead that comes with a building. He began to study up on food trucks and went through the transition to how his business currently stands. He says his overhead was cut down significantly, but the quality of food and service remained because he was able to move his equipment from the restaurant to the food truck. He also says that while Sherria's is a truck, they do have a dining area with seating available for those who wish to sit and eat, as well as a projector on-site for people who want to watch television.

"We only had eight legal trucks (in Jackson), so that made me want to tap into that market," Williams says. "I try to mastermind everything that I do, so once I tapped into that market, I saw how I could cut down on my overhead and make the same kind of profits or even more profit."

Williams moved to Jackson in 2000 and started his restaurant in 2010, which later became the food truck in 2017. He says he is well known in his neighborhood for his cooking and has great reception because of that reputation.

"I try to focus on areas that I am known, like my neighborhood," Williams says. "Most of (my neighbors) know my cooking. They just ran with it, and I didn't have a problem with customers after that."

Williams says when he is not cooking at the food truck, he likes to spend time camping and fishing.

To learn more about Sherria's Chicken Coop 2 Go, visit sherrias-chicken-coop-2go.business.site or find it on Instagram.