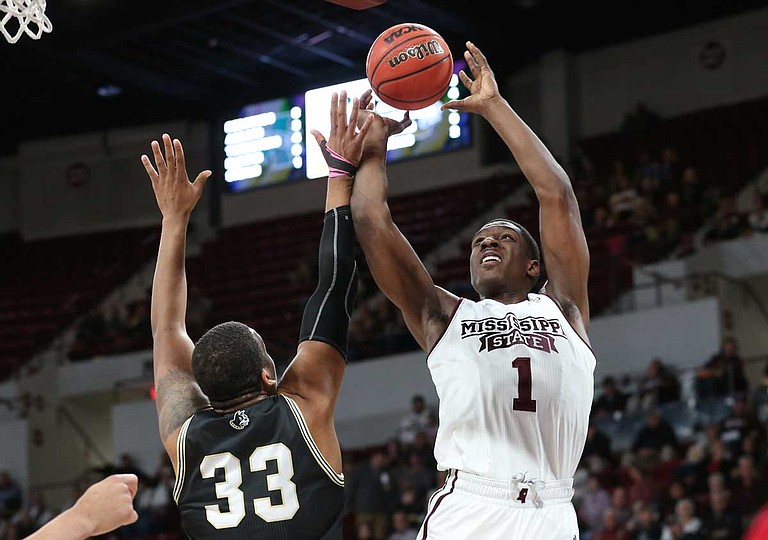 As men's college basketball teams begin the conference slate, players across our state are jockeying for consideration for the Howell Trophy, which goes to the best men's basketball player at a four-year college or university. One player making early season waves is Mississippi State University sophomore forward Reggie Perry.

The Thomasville, Ga., native, flirted with the NBA Draft after his freshman season but decided to return to school before the draft. The decision should pay off as Perry is putting up outstanding numbers early this season.

Perry has scored double-digits in every game this season with the exception of the seven points he scored in the Bulldogs win over Kansas State University. In six of the team's 12 games played this season, he has posted a double-double with double-digit points and rebounds.

In MSU's last game against Kent State University, Perry posted career highs in points and rebounds with 26 points and 17 rebounds. He added three assists and a steal to go along with shooting 10-of-14 from the free throw line. It was the first 20-point game of the season.

Perry leads the SEC in rebounds per game with 9.8 per game, tied for 11th in points 15.4 per game. In the SEC, he is tied for ninth in blocks with 1.3 per game and eighth in field goal percentage with 51.1%. The forward stuffs the statsheet even more with 1.3 steals per game.

The Howell Trophy might not be the only hardware Perry earns this season. He is on the watch list for the John R. Wooden Award, NABC Player of the Year, Citizen Naismith Trophy, Karl Malone Award and Oscar Robertson Trophy.

Perry entered this season after a successful freshman campaign. He averaged 9.7 points, 7.2 rebounds and shot 50.2% from the field. Those numbers earned him 2018-19 SEC All-Freshman honors and during the season he earned SEC Freshman of the Week honors twice in February.

Mississippi State enters the conference slate with a 9-3 record and is in great shape. Perry and company are in great shape entering SEC play. The Bulldogs open SEC play at home on Saturday, Dec. 4, against 12-0 Auburn University before traveling to play the University of Alabama on Wednesday, Jan. 8, in the first two conference games.