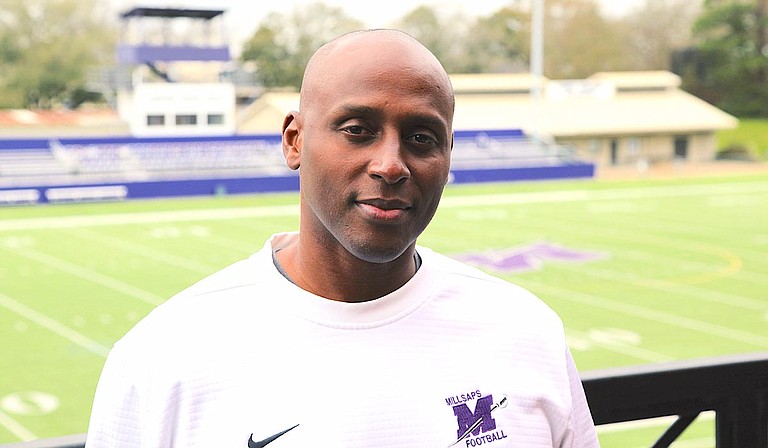 This is Carter's first head coaching job as he leads the Division III Majors into the coming season. Carter saw an opportunity when Millsaps invited him to become the Majors' new head coach and was excited to take on a new challenge.

"Obviously, the chance to be a head coach was an important factor, but the chance to lead young men, leave my mark on a program--I felt this was a big-time opportunity. As a west coast guy, I felt like, 'Why not Mississippi? Why not Millsaps?'" Carter says about his decision.

"Talking to the offensive staff ... I was excited for their passion and knowledge of their side of the ball," Carter says.

Offensive Coordinator Brian Hayes impressed Carter with his ideas for what he wanted to accomplish on offense. Carter says he felt that the offensive coaches were great teachers and coaches who were passionate about their brand of football. Another factor in keeping the offensive staff, he says, is that they are "all southern guys" who can help recruit within the area.

Carter says Pelch left him a solid foundation to build his program. "The kids tell me Saturdays feel like the big-time at Millsaps, and that is a testament of the job Coach Pelch did to build this environment and the feeling of 'We are family.'"

At just 42 years old, Carter feels like he can reach the younger players at the college level. "I'm more attuned with the culture and able to connect to the players on and off the field and not just with the Xs and Os," Cater explains.

While the new Major in charge is ready to lead his team on Saturdays, he is not just about winning games.   "We are going to create great leaders off the field, with high academic standards, and players who know it is a privilege to play at the college level no matter if it is Division I, Division II or Division III," he says.

On the field, Coach Carter is preparing his team for winning football games. "No disrespect to our opponents, we are coming into each game expecting to win, a mindset of being physical, a mindset to fight, and to maximize our talent on the field."

Millsaps College opens the 2020 season on the road against Belhaven University on Sept. 3, 2020, with kickoff set for 7 p.m.