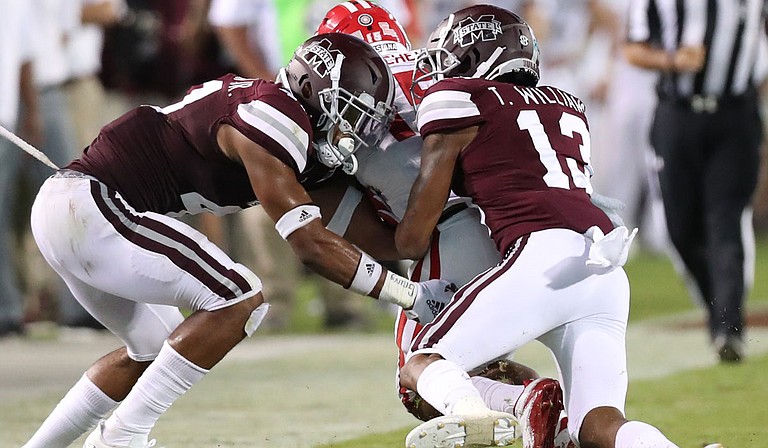 The Bulldogs will not have all their players for first-year head coach Mike Leach. Due to the coronavirus, players were given the option of opting out of the season and still keeping their scholarships to attend classes at school.

Redshirt junior cornerback Tyler Williams has decided to opt out of the 2020 season due to concerns with the coronavirus. Williams is the first MSU player to opt out of playing this season.

MSU was high on Williams coming into the season. The bio on the online roster posts that Williams “is poised for a strong junior campaign.” Williams entered this fall as a player who might compete for a starting cornerback job this season.

The Oxford, Miss., native was coming into the season after a good performance in 2019. He started five games and played in 10 other games. He recorded 23 tackles, three passes defended, one forced fumble and one fumble recovery.

In 2018, Williams only played in nine games in a backup role. He made six tackles and one pass defended for his redshirt freshman season in 2017.

Williams joined the Bulldogs in 2017 and was redshirted for the season. He was a three-star recruit according to Rivala, Scout.com and 24/7 Sports, and he helped lead Lafayette High School to a state title in 2016.

After Williams decided to opt out, former cornerback Taurdy Dixon decided to follow suit and opt out of the season as well. Dixon entered this season as a wide receiver and is playing to graduate transfer in December.

While Williams was expected to be a starter this season, Dixon has been a role player most of his time at MSU. Dixon had appeared in 15 games since coming to MSU and last season saw action in five games with just one tackle.

The loss of both players is tough for MSU, who will have to grind through a 10-game SEC schedule this sasson. Both players would have added depth and experience to the Bulldogs roster even if Williams did not lock down one of the starting cornerback spots.

In a strange twist, Powers Warren—the son of Kevin Warren, who serves as the commissioner of the Big Ten—is playing the 2020 season.

Earlier this month, the Big Ten decided not to play football in the fall, instead hoping to play in the winter or spring. Kevin Warren decided his conference could not play, but his son has elected to play wide receiver for the Bulldogs this fall.