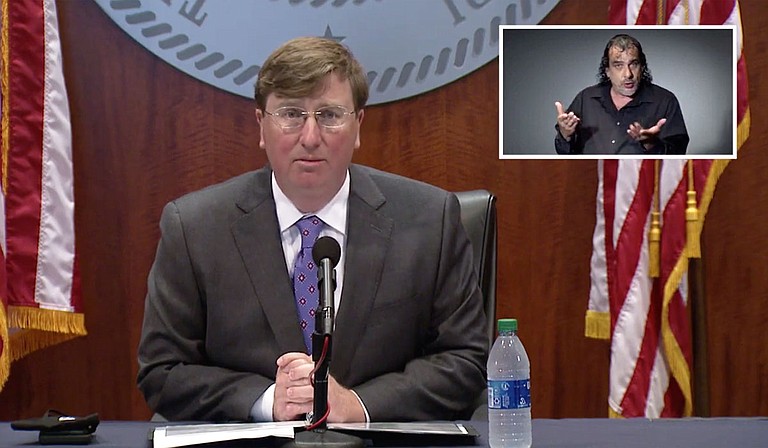 The governor signed Executive Order No. 1519 on Thursday, saying at a press conference that it dictates “the minimum that each school is required to do in their college stadiums.”

The order limits seating in the bowl to 25% of normal capacity. But even that allowance will remain “if and only if schools can ensure a minimum of six feet of social distancing between people who are not in the same household,” said Reeves.

Masks will be required at all times except when attendees are sitting while properly socially distanced. Wearing a mask while seated is recommended, but not required. Elevators will be limited to five individuals per car.

The order limits stadium clubs and suites to the same rules as the state’s restaurants, with 50% capacity limitations and mandated social distancing. All entry and exit gates must remain open to prevent clustering.

Most notably, all game-day parties and tailgates are prohibited—a requirement that Reeves lamented has become necessary.

“I know this will not be popular. It's no fun,” he said. “And I'll miss them terribly myself. But it's better than other states prohibiting football altogether.”

Aside from law enforcement issuing citations, enforcement by school officials may include punishment up to and including expulsion.

“We are having cases on our college campuses and that is not a surprise,” Reeves said.

The Mississippi State Department of Health’s most recent data shows 16,249 cases in the 18-29 age demographic since the pandemic arrived in the state in March. Previously, Reeves and public health officials, including State Health Officer Dr. Thomas Dobbs, blamed social gatherings for much of the increased spread over the summer.

On Thursday, MSDH released a schedule for free testing for the state’s teachers, as well as school staff and administrators. Testing at these locations does not require an appointment, but appointment-based testing for educators remains available at the Jackson Farmer’s Market location on a regular basis.

Mississippi’s COVID-19 situation, which has improved some since case numbers peaked in late July, is difficult to gauge.

The current seven-day average for new cases is 770, which is still significantly lower than the previous peak of 1,390.

Reeves also announced that the State will begin applying for additional federal unemployment assistance under the Stafford Act, a federal law authorizing the delivery of certain funds during officially declared disasters. Reeves may apply for the funding without legislative approval.

The state will use its current weekly unemployment insurance payments—capped at $235 a week—in order to receive the additional funds, satisfying the $100 “match” requirement set out by President Trump in his executive order. The Mississippi Department of Employment Security will not be providing additional funds to those affected, meaning applicants laid off due to COVID-19 will receive an additional $300 a week.

However, this approach means that applicants receiving less than $100 per week in benefits are ineligible for the additional $300 in federal aid. The governor urged Mississippians to return to work as quickly as possible.

“If you have a job, if you have an opportunity to go back to your job, please take that opportunity, because Mississippi's maximum unemployment benefit is $235 a week. That is certainly difficult for families to get by on,” Reeves said.