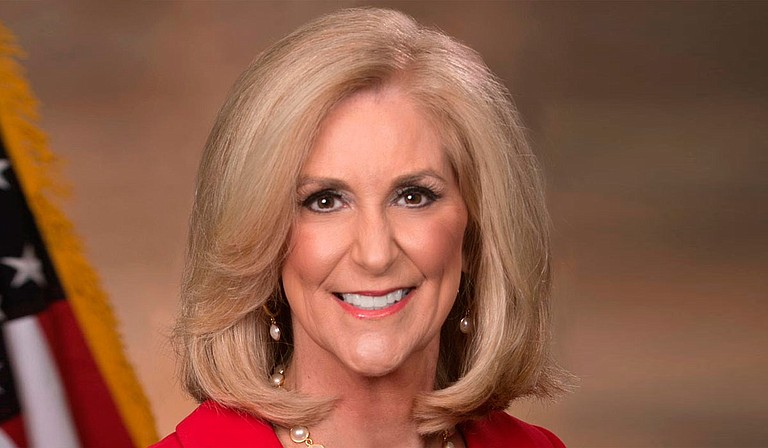 On April 22, Mississippi Attorney General Lynn Fitch filed a motion to withdraw an emergency order aimed at preventing the spread of the novel coronavirus in the state’s jails. Photo courtesy Attorney General’s Office

Mississippi Attorney General Lynn Fitch is backing away from an effort to release pretrial detainees sooner to prevent the spread of COVID-19 in Mississippi jails, where it is virtually impossible for inmates to practice social distancing. Yesterday, Fitch withdrew an emergency order requiring local judges to review pretrial detainees’ conditions for release on a weekly basis, regardless of how long they had been in jail.

Fitch, the state’s lead prosecutor who took office in January, and State Public Defender André de Gruy had both signed the order on April 8.

The attorney general’s April 22 motion cited Gov. Tate Reeves’ decision to reopen Mississippi businesses Monday as cause for withdrawing the emergency order in jails. “As of today, active measures such as increased testing and social distancing have been in place for four weeks,” the motion read, noting “no reported cases and no major outbreaks inside our local jails.”

Read breaking coverage of COVID-19 in Mississippi, plus safety tips, cancellations, more in the JFP's archive.

“The Governor announced his ‘Restart Mississippi’ Initiative and the Shelter-in-Place Executive Order No. 1473 expires within days. Businesses throughout the State of Mississippi will reopen on Monday, April 27th, as will local, state, and federal office buildings,” the document continued.

“For these reasons, the Attorney General no longer believes the emergency requested rule change is warranted.”

“The governor starting to open up society increases the need to have this review of people in jail,” de Gruy said.

“These are two separate things: do we open up hair salons or do we reduce the jail population?,” he emphasized. He pointed out that whereas people can decide whether or not to enter businesses, inmates cannot leave jails where the risk of diseases entering through correctional officers, new inmates, and others who move in and out of facilities increases as Mississippi reopens.

De Gruy said that law enforcement and corrections officers who have tested positive in recent weeks likely did not contract the disease from inside of jails, but rather in the course of their normal everyday lives.

“As we start to reopen Mississippi, the risk of a police officer or a jailer or corrections officer getting infected out at the lake, fishing, on the beach, wherever—that increases,” he said.

He also raised concerns over the lack of widespread and sufficient testing in correctional facilities, whether jails or state prisons.

“We still—and it is woefully under tested—we are still unaware of a single test occurring in a jail," he noted.

On April 10, Hinds County announced that a Hinds County Detention Center correctional officer had tested positive for COVID-19. Additional court documents show that the officer, who was tested for the virus on April 3, had not shown symptoms during a pre-shift screening earlier that morning.

At a press conference last week, Hinds County Sheriff Lee Vance and District 1 Supervisor Robert Graham confirmed that the employee was recovering in the hospital. They said an additional 18 employees who had come into contact with her were self-quarantining at home. Vance said the 18 employees would return to work by April 20, and the county would continue to track the situation.

Jackson Mayor Chokwe A. Lumumba told reporters April 8 that the City of Jackson had acquired 6,000 more COVID-19 tests. The City was apportioning 1,000 of those tests for first responders and inmates at Hinds County jails, the mayor said.

The county-jail population is currently 378, following efforts to reduce it by Hinds County District Attorney Jody Owens and the sheriff’s office since Hinds County declared a state of emergency on March 16. Two days later, Owens told the Jackson Free Press that his office was working to recommend certain inmates for conditional release. After announcing that one of its own officers tested positive for the virus on March 27, the Jackson Police Department stated that it would no longer arrest and jail people for misdemeanor offenses.

“These numbers represent some of the lowest numbers that we’ve had at the Hinds County Detention Center,” Vance had said to reporters on April 16. “Obviously, being able to keep the population low makes it easier to manage and makes spacing much more of a possibility.”

On April 22, U.S. District Judge Carlton W. Reeves held a hearing to determine what measures Hinds County was taking to prevent the spread of infection inside its jails.

“Absent adequate measures to test detainees for COVID-19 and isolate those who test positive, the Court is concerned that the conditions of confinement at Hinds County’s jails may fall short of the detainees’ right ‘to be secure in basic human needs, such as medical care and safety’,” Judge Reeves’ order read.