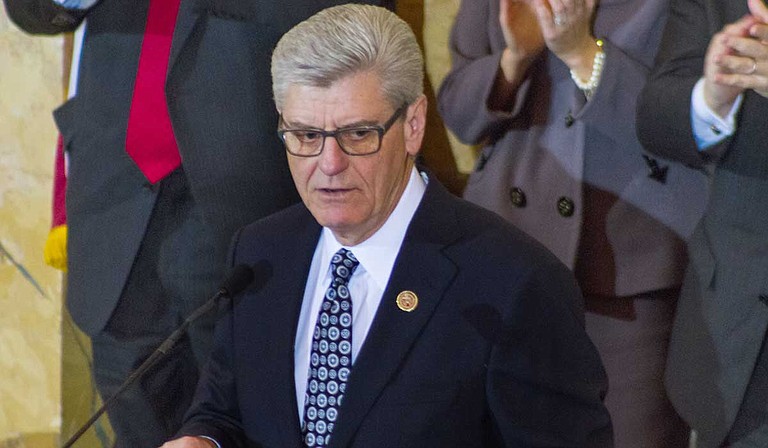 After the lawsuit was filed, Republican Gov. Phil Bryant called it a frivolous attempt by "Democrats and their allies" to usurp decisions made by the Republican-majority Legislature. Bryant said the charter school law he signed in 2013 "has proven effective at lifting poor and underserved children out of failing districts." Photo by Stephen Wilson

JACKSON, Miss. (AP) — The Mississippi Supreme Court on Thursday affirmed the state's method of using tax money to pay for charter schools, rejecting a challenge that sought to cut off local money to the schools.

The Southern Poverty Law Center sued the state in 2016 on behalf of seven parents who send their children to Jackson schools. The suit argued that charter schools violate the Mississippi Constitution by making school districts share property tax collections with schools they don't control.

A Hinds County chancery judge ruled in 2018 that the method of paying for charter schools is acceptable. The Supreme Court affirmed that ruling Thursday, saying the plaintiffs failed to prove that the funding method is unconstitutional.

Plaintiffs had argued that Section 206 of the Mississippi Constitution prohibits state government from forcing one local district to give its property taxes to another district. The Supreme Court ruled in 2012 that lawmakers couldn't force the Pascagoula-Gautier school district to share property tax revenue with other Jackson County districts. The plaintiffs said that means it's illegal for local districts to send money to charter schools.

Attorneys for the state argued that the Mississippi Constitution does not forbid local property taxes from following a student to a charter school. They said the money benefits students living in the local district, even if a charter school isn't controlled by a traditional public school board. A majority of justices agreed with the state.

Justices also noted that state law specifies "a school district must publicize a charter school 'as an enrollment option within the district to the same extent' that the district publicizes its noncharter public schools."

In a dissent, Justice Leslie King wrote that the authors the state constitution used "plain language" to specify that local property taxes "are to be used only to maintain the schools controlled by a school district."

"This Court should not be a rubber stamp for Legislative policies it agrees with when those policies are unconstitutional," King wrote.

This academic year, Mississippi has six charter schools. Five are in Jackson and one is in Clarksdale.

After the lawsuit was filed, Republican Gov. Phil Bryant called it a frivolous attempt by "Democrats and their allies" to usurp decisions made by the Republican-majority Legislature. Bryant said the charter school law he signed in 2013 "has proven effective at lifting poor and underserved children out of failing districts."