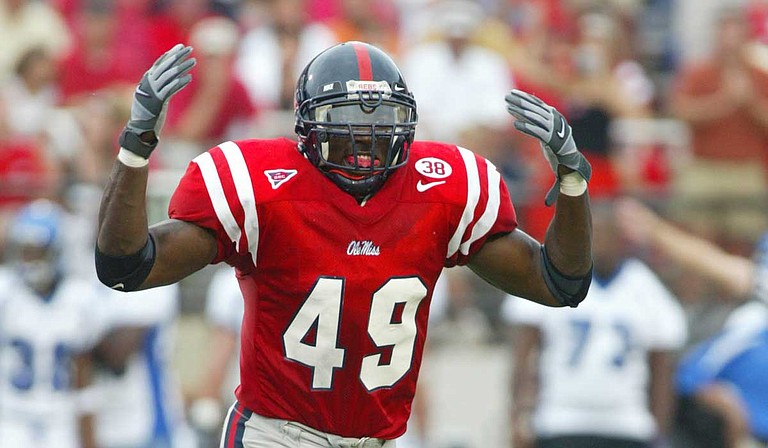 Only two undefeated teams remain after eight weeks into the NFL season. The New England Patriots and the San Francisco 49ers are the only teams left without a loss. This season has been the best start for the 49ers since 1990.

Over the last four seasons, the 49ers couldn’t finish with a .500 or better record. The team was trapped in a cycle of losing seasons after several roster changes blew up a team that had played in the Super Bowl following the 2012 season. By the 2014 season, San Francisco would finish 8-8 and have not won more than six games.

The 2014 season happened to be the final season for linebacker Patrick Willis. The former University of Mississippi star shocked the professional football world, much like Indianapolis Colts quarterback Andrew Luck, by announcing his retirement after just eight NFL seasons.

Unlike some players, Willis hasn’t returned to the NFL, and now after over five years it seems unlikely he would even attempt a comeback. The linebacker still had a few years left on his contract when he decided to call it a career.

Willis walked away from over $21 million in salary for the rest of his contract and is left over $8 million that he would have made for the 2015 season. His rookie contract paid him $16.7 million, and he has made more than enough money to walk away from the game.

Arriving in Oxford from Bruceton, Tenn., in 2003 as a modest three-star recruit by Rivals.com and a two-star recruit by Scout.com, Willis would end his career with the Rebels as one of the best, if not the best, linebackers in the school’s history.

Willis would play in all 13 games his freshman year at UM. He would be named All-SEC honorable mention in 2004, his sophomore season.

After a spectacular college career, the San Francisco 49ers selected Willis with the 11th overall pick of the 2007 NFL Draft. Willis would make an instant impact on the 49ers defense, starting all 16 games of his rookie season.

Willis would be named AP Defensive Rookie of the Year, lead the NFL in tackles and earn first-team All-Pro honors. He was also named to the Pro Bowl in his rookie season.

Things in San Francisco would turn around with the 49ers making the playoffs and reaching the NFC Championship Game for the next three seasons from 2011 to 2013. Willis would continue to rack up first team All-Pro honors in 2011 and 2012.

Willis also earned Pro Bowl honors from 2007 to 2013 as he was named to seven straight. He would also play in Super Bowl XLVII but come up on the short end of a 34-31 loss to the Baltimore Raven, in a game known for the lights going out in the Superdome.

In his final NFL season in 2014, Willis played in just six games before a toe injury forced him to miss the final 10 games. Willis had surgery on the injured toe that went all the way back to his time at Ole Miss.

In the end, it was his feet that caused the linebacker to end his career.

“You’ve seen me break my hand on Sunday, have surgery on Monday and play on Thursday with a cast on,” Willis said during his final press conference in March. “But there’s something about these feet. And those are what made me who I am. They had you all saying, ‘Wow, where’d he come from?’ … I know I no longer have it in these feet to go out there and give you guys that kind of ‘Wow.’”

Now the biggest football accolade left for Willis could come in early 2020 when the linebacker becomes eligible for the NFL Hall of Fame with voting before the next Super Bowl. After playing for just eight seasons, even spectacular ones, the question remains: Will the NFL Hall of Fame voters think he did enough to earn admission?

There is a short list of players who were as dominant a linebacker as Willis during his time in the NFL. Hopefully the voters will understand that Willis was protecting his future self as his feet broke down.

Willis joins Jerry Rice as two players with Mississippi ties to help build a winner in San Francisco. Like Rice, Willis should end up in the NFL Hall of Fame at some point.

Like Rice, Willis did not have to wait long until he learned he would be a member of the Mississippi Sports Hall of Fame. The linebacker will headline the 2020 class with former NBA player Antonio McDyess.

Willis and McDyess will enter the hall with baseball coach Jerry Boatner, golfer Pete Brown, architect Jane and athletic director Larry Templeton. The class will be inducted on Saturday, Aug. 1, 2020 at the Jackson Convention Complex.