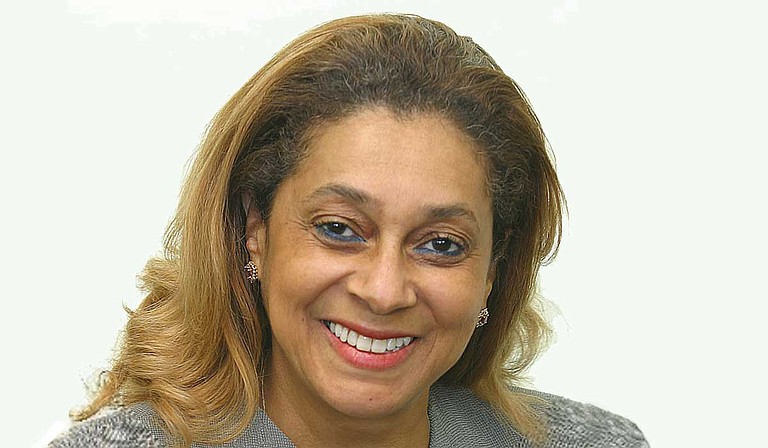 The Women's Foundation is giving Fitzgerald its Activist Award for her work advocating on behalf of children and struggling families across Mississippi. As regional director, Fitzgerald is responsible for fundraising and staff programming for CDFSR. The organization advocates for quality public education and health care for children and helps families with income tax credit, food stamps and other programs. CDFSR advocates for full funding for K-12 education at the state level, Fitzgerald told the Jackson Free Press.

Fitzgerald is also involved in a "two-generation strategy" CDFSR is carrying out, which involves providing early childhood learning for preschoolers while also working with parents on their own education and workforce goals. CDFSR also helped pass the Children's Health Insurance Program, which expanded health care eligibility for children in Mississippi, primarily for those whose families bring in too much income to receive Medicaid but not enough to afford private health-care options.

Born in Madison County, Fitzgerald graduated from Piney Woods School and enrolled at Tougaloo College, where she received a bachelor's degree in social sciences and history in 1970.

"I wanted to go to Tougaloo because it was a legacy school for my mother, Zenova Davis Garrett, and because it was one of two privately-owned historically black colleges in Mississippi alongside Rust College where students could be more politically active than at state-funded schools," Fitzgerald says.

Throughout the Civil Rights Movement in the 1960s, Fitzgerald participated in voter registration drives and other student activism at Tougaloo. During her time there, Fitzgerald met civil-rights icons such as Stokely Carmichael and Dr. Martin Luther King Jr. when they visited the campus.

She also participated in a social science research lab that Ernst Borinski, then head of the sociology department at Tougaloo, led in partnership with Millsaps College. The lab brought together people with diverse views to deconstruct issues surrounding racial matters and policy issues in the state, as well as build understanding and positive experiences among interracial groups, Fitzgerald says.

After graduating from Tougaloo, Fitzgerald took a job as an administrative assistant for a Quaker-funded organization in Atlanta, Ga., called the American Friends Service Committee, which ran programs like the Southeastern Public Education Program, which helped support families working to desegregate public schools in the South.

"People who were working toward desegregation might lose their jobs, their houses, or worse, might face firebombings and all kinds of other things," Fitzgerald says. "The Quakers in the committee would support those people until they could find new homes or sources of income."

Fitzgerald worked for the AFSC for seven years, and eventually left to become regional director for the Children's Foundation's regional office, which helped provide resources to schools needing assistance so that children could have nutritious meals.

After leaving the Children's Foundation, Fitzgerald got involved in electoral politics in Atlanta. She worked as a volunteer in the campaigns of Maynard Jackson, who became the city's first black mayor; Julian Bond, a founding member of the Southern Poverty Law Center, in his successful bid for a Georgia State Senate seat; and Andrew Young, a George congressman who went on to become U.S. Ambassador to the United Nations. Fitzgerald also met and formed an ongoing professional relationship with civil-rights leader and Georgia congressman John Lewis.

In 1980, Fitzgerald joined the Southern Regional Council and began working to get minorities elected to rural electric power association cooperative boards. She returned to Mississippi in 1984 after her mother fell ill and took a job as an organizer for the Mississippi Democratic Party. The party assigned her as field director for Mike Espy, former U.S. Secretary of Agriculture, in his successful 1985 campaign for a position on the U.S. House of Representatives, making him the first African American to represent Mississippi on a federal level since Reconstruction . After the election, she became district director of Espy's congressional office in Mississippi.

Fitzgerald worked as the Mississippi coordinated campaign director for Bill Clinton for his presidential campaign in 1991, then traveled to Washington, D.C., to take a position as White House liaison and later director of intergovernmental affairs at the Department of Agriculture. In that role, she led the federal government's long-term response to the Great Flood of 1993, which affected areas in the Midwestern United States. She decided to return to Madison in 1995 after Marion Wright Edelman, president of the Children's Defense Fund, offered her a position as southern regional director.

"I didn't care for Washington and its traffic, or working directly in government, so when I got that offer I was glad to come back," Fitzgerald says. "I was also ready to go back into advocacy. There is a close alignment with electoral policy and advocacy, but the latter has always felt more fulfilling to me. What makes it so fulfilling is the fact that people need help and for their stories to be lifted up and recognized. If we are to curb generational problems, we need to be able to strengthen the abilities and capacities of our children."