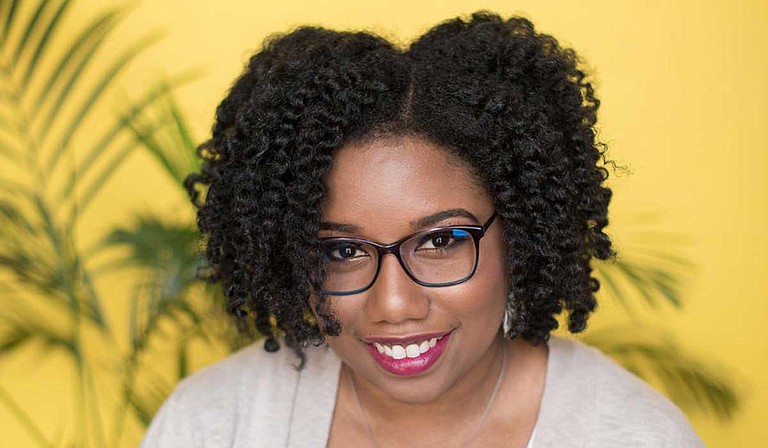 Author Brittney Morris grew up in Corvallis, Ore., a place she describes as very quiet and where there is not much to do unless your interests include hiking or football. She said she had a really strict upbringing, and her interests as a child included putting together puzzles, playing video games and writing.

"We got our first GameCube, and that was history," she told the Jackson Free Press. A GameCube is a gaming console that Nintendo released in 2001.

When she was in fourth grade, her teacher, Mrs. Jasperson, assigned the class a journal assignment. Morris said she did not want to write about her childhood, so she made stuff up, which became her introduction to fiction writing.

The story was about two sister princesses from warring kingdoms, and all the men in the story were named after Canadian provinces, she said.

"The teacher thought my journal was good enough to read in front of the class, and she did. Looking around and seeing everyone's reactions, I knew that's what I wanted to do for the rest of my life, like share words with readers," she said.

"Mrs. Jasperson was the very first teacher to say I had a talent for writing. I've always had a passion for it, but she was the first person to ever tell me I was good at it," Morris said.

After graduating from Santiam Christian School in 2009, she attended Boston University. Although she knew her passion, she decided to major in economics.

"People kept telling me to pick something that has gainful employment at the end of it, and an English degree was looking a lot less hopeful the more I looked at business degrees and economics degrees," Morris said.

She said she is thankful that she ended up majoring in economics because it changed her worldview. While economics was in the forefront of her college career, she still wrote in the background and served as president of the school's creative writing club, Morris said.

"We did workshops (and) scene swaps, where we would write a chapter in our book and exchange it with somebody else and get feedback from it. It was a lot of fun," she said.

After graduating in 2013, she worked a few corporate jobs while writing on the side. However, it wasn't until she saw Black Panther in 2017 that she kicked her writing into high gear.

"I came back and went to work and went, 'Okay, did nobody else have a whole experience in the theater? Am I the only one?' That really reinforced the whole idea that I have feelings about this movie and that I need some place to express them," Morris said.

She said it took her 11 days to write her first published book because her ideas kept flowing and because she wanted to have her draft out in time for Twitter's PitMad. PitMad is a pitch contest that authors use to get attention on their manuscripts. Around the time she started writing, the next contest was two weeks away, she said.

"I do not recommend (to anyone) trying to write a book this fast if they have a full-time job, if they have kids, if they have other responsibilities. I came down with the flu on day 12. I made myself sick writing this book, so I barely ate. I barely slept. I didn't take any time away from the couch and that laptop that I didn't need to. I wrote on my commute to work. I spent extra hours at work after I was done because I had two monitors so I could edit as I went faster. I wrote on the commute home," she said.

After PitMad, she said she queried 40 agents, including some of her dream agents and one agent, Quressa, got back to her. She credits Quressa with having the perfect vision for the book and soon after, book deals began rolling in and she started signing contracts.

"Slay," her first book, released on Sept. 24. The book follows Kiera, a young, black girl, balancing three lives: her life as a student at her majority white school, her home life, and her life as her online, virtual reality avatar, Emerald.

Kiera creates an underground virtual reality game for black people only, where they can celebrate their blackness. However, once her game becomes mainstream, Kiera's worlds threaten to collapse onto themselves.

Currently, Morris recently finished her book tour, during which she had stopped in Jackson the day her book was released. She went to schools around the metro area and said the reception from students was very positive.

"One girl came up to me at the end and was like I'm really liking chapter one so far, but I have questions. That was a really, really cool moment," she said.

Morris' advice to people pursuing their dreams is to never give up, especially for people who want to be writers. She said most published authors careers' are not linear.

"There are a lot of failures, a lot of ups and downs, questioning, hanging your head in your hands and going, 'What in the world am I even doing?'" she said. "Through all of that, keep hope alive, surround yourself with people who believe in you and just go for it. If you see an opportunity like I did, even if it's hard to write a book that fast, if you want it, do it."

Morris said she is editing her second book now and that she will be drafting her third book for NaNoWriMo in November.