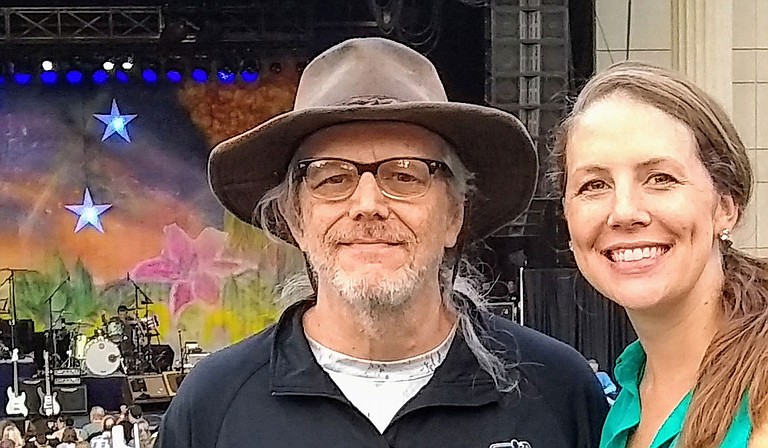 Whitley's Flowers opened its doors in 1947 at the historic King Edward Hotel. Originally owned by Harold and Anita Whitley, it moved to its current location in 1969. In 1977, their son Robert Whitley, who was fresh out of college, and his newly-wed bride Joan began managing the shop. What started on a whim of his parents, has turned into a lifetime pursuit for Robert Whitley.

"I was born into (flowers)," Whitley says. "I never had any desire to do anything else."

Whitley, 65, knew from a very young age than that that he wanted to work in the store, surrounded by flowers and those who appreciate them. He says he loves the business aspect of running the flower shop.

"What I like about (the store) most of all is that I provide a service for my customers," Whitley says. "Flowers are not usually much of an impulse buy. There's a purpose behind it, and I like helping solve or get that taken care of."

Whitley, who was born and raised in Jackson—specifically in Fondren—has only lived in one other city since his birth, Starkville, back when he was a retail florist manager major at the Mississippi State University.

He says he enjoyed every part of running his business, but he always enjoyed delivering flowers because it helped him to learn the area he loves.

"I've always enjoyed delivering, driving around and going to places I'd never been before," Whitley says. "I didn't have any desire to go anywhere else. I love Fondren. It is what I live for."

Flower arrangement, to Whitley, is an art form. Like a woodworker or a sculptor, a florist builds a piece by adding and subtracting pieces until it is the best it can be, but there is an added difficulty in that a florist has to work with specific flowers the customer requests.

"You have to test your skills and experience in putting together flowers so that they are pleasing," Whitley says. "It is never perfect, but it is like a painting. I look at and say, 'Well, I'm through with that. I can always change it, but I don't need to because it's done.'"

Whitley doesn't grow his flowers, as the majority of them come from South America. He says there are large flower facilities in Colombia and Ecuador from whom he buys.

"People always think that I grow my flowers, but I never have," Whitley says. "I'd love to visit (one of the facilities) just to see it."

Ironically, there are very few flowers in sight at Whitley's home. He says this is because he likes to keep his work life separate from other aspects of his life.

"I don't take my work home with me," Whitley says.

One other aspect of Whitley's life is music. He was in his high school's band growing up where he played the clarinet but has since transitioned into drums. He says he used to play the drums in a band in Jackson named Mike and Marty. The band is no longer together, but Whitley spends time playing with friends. His favorite music to play is classic rock, sticking mostly to tunes from the '60s through the '80s.

"I've always had a secret desire to be a rock-n-roll star," Whitley says. "(The drums) are my outlet. That's where I get to indulge in my little fantasy."

Whitley says he does not plan to retire, but when the time comes, he hopes to be able to sell the store to someone passionate about the business.

Whitley has two children, Caroline and David, who have since moved away from Jackson to build their own lives. He says he is proud of his children.