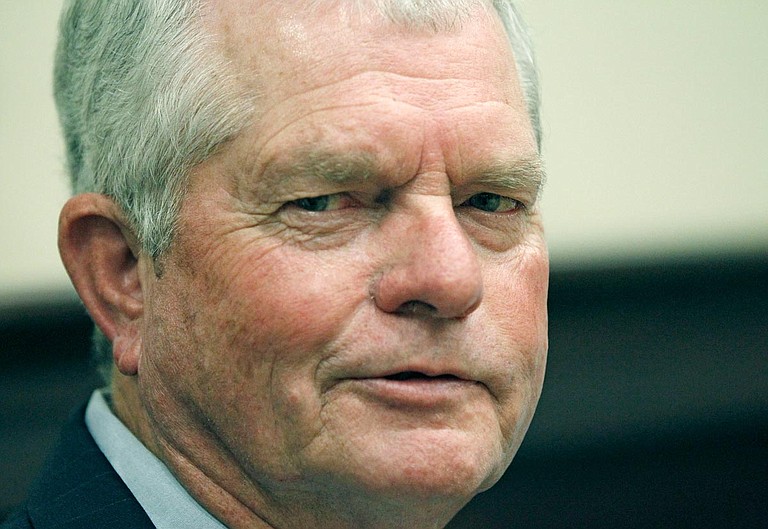 Billy McCoy served in the 122-member House from January 1980 to January 2012, presiding as speaker during the last eight years of his tenure. Photo by Rogelio V. Solis via AP

JACKSON, Miss. (AP) — Former Mississippi House Speaker Billy McCoy died on Tuesday, Nov. 12, at age 77, but his legislative work remains visible in the form of four-lane highways in rural areas and schools that are better funded and better equipped than they once were on track to be.

McCoy served in the 122-member House from January 1980 to January 2012, presiding as speaker during the last eight years of his tenure.

He was a farmer and Yellow Dog Democrat from northeast Mississippi’s Prentiss County — an unapologetic believer that government programs could improve the quality of life for people of modest means.

As vice chairman of the Transportation Committee, he helped enact a highway construction program in 1987.

As Education Committee chairman in the mid- to late 1990s, McCoy was among the first legislative leaders to open conference committee meetings to the general public; it is in those often-secret meetings where final versions of bills are negotiated.

He also was instrumental in pushing the Mississippi Adequate Education Program into law in 1997. Although it has been fully funded only two years in more than two decades, the program is designed to give each school district enough money to meet midlevel accreditation standards.

As chairman of the House Ways and Means Committee from 2000 to early 2004, McCoy helped craft incentives that lured Nissan to develop Mississippi's first auto manufacturing plant.

McCoy said he always felt an affinity with the Mississippi House, where his father, E.E. McCoy, served from 1936 to 1952 and helped found the state community college system. As a child, Billy McCoy often traveled to Jackson with his father to watch legislators working.

The Mississippi Legislature spent the opening day of its 2009 session in the Old Capitol in downtown Jackson. The building was the cradle of state government from 1839 to 1903 and had been used as state offices and as a history museum before being heavily damaged by rain from hurricanes Katrina and Rita in 2005. The building underwent a $16 million renovation.

“I’ve often wondered — even as a fairly young fella coming here with my father, when we'd come in and see that Old Capitol — what it must've been like for a legislator in the 1800s to get on a horse or a buggy or, God forbid, walk from very far,” McCoy said just before that 2009 session. “I wondered about what they felt like when they rounded the curve, coming from whatever direction, and saw that dome and knew that was going to be the place they were going to do work for some several weeks or months.”

McCoy was plainspoken and at times showed flashes of anger.

In June 2011, legislators met in special session to set a state budget for the year that was about to begin. Democrats and Republicans clashed over spending, and McCoy took a jab at then-Gov. Haley Barbour, a Republican who was exploring a 2012 presidential run. Barbour had been to Iowa while Mississippi lawmakers were in special session, and he ended up canceling a trip to New Hampshire.

“He can be up yon’ in northern states telling people how conservative he is, how he’s beating the liberals into line down here — whoever the liberals are,” McCoy said. “Clearly, I believe we’re the conservatives today.”

The Northeast Mississippi Daily Journal posted audio of a speech McCoy gave during the 2003 campaign. He said that his father’s service in the House inspired him.