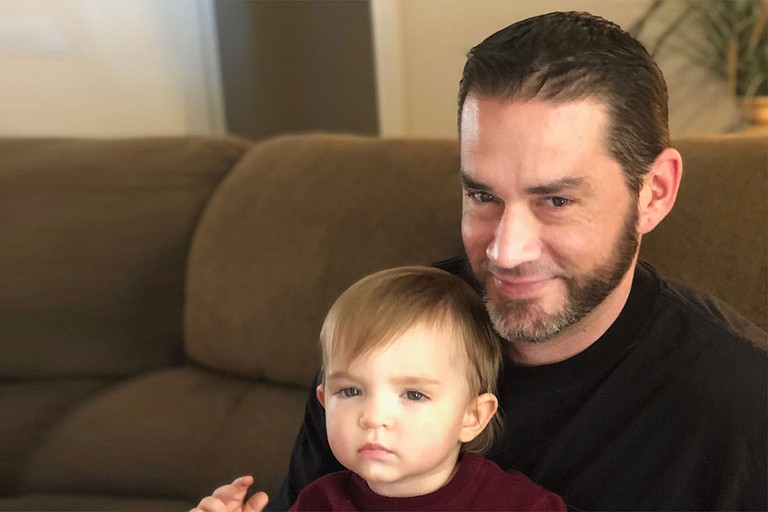 Mississippi visual artist Jeremiah Blanchard draws inspiration from the concepts of travel and movement, concepts that are represented in the four works of his that the Fondren Art Gallery is currently exhibiting.

"I am an avid traveler," he says. "My mother's family descended from the Roma Gypsy. ... My want of travel could come from her."

At a young age he started drawing comics and horses. When he was a child, Blanchard's family moved often, and he found inspiration for his art at each new location.

"I found art was an escape from reality," he says. He continued making art and found his works were eventually "created out of (his) mind." Today, Blanchard considers himself a free flowing abstract artist.

"I focus on natural elements, rain on the windshield or the smell of rain," he says. "I am influenced by the deserts of the southwest, California, Arizona and Colorado."

His creative abstracts feature acrylic and mixed media using earth tones. "Some of my beginning work was figurative abstract nudes, but today I am inspired by travel and movement, embodied one place to another, and I put more thought and emotion into my art," he says.

"This exhibit is my first big step (in promoting my art). I tried online but found it time-consuming," Blanchard says. "(Patrons prefer to) view art in person in order to see texture, ridges and brush strokes."

Blanchard spent time studying art at William Carey University but left to pursue other avenues. Now, he says he feels that his work is about to take off.

"I am 42 years old, and my career as an artist has been a longtime coming," he says. "At first I could not see a future in it, but I always have pondered pursuing my goals."

For his upcoming, as-of-yet unnamed project, Blanchard plans to continue drawing inspiration from his time on the road.

"My next collection of work will complement the same body of movement as shown at Fondren. My plan is to exhibit my new work in New Orleans, Jackson and the Mississippi Gulf Coast. It will be a triangle of locations," he says.

While he has lived in upstate New York, Texas, Louisiana and other areas, he presently lives near family members in Vicksburg. He also works as a freelance writer.

For artists who hope to make their works known, Blanchard says, "Keep at it. Put your work out for people to see so that they will buy it." His own personal dream is to be "a successful artist and a household name."