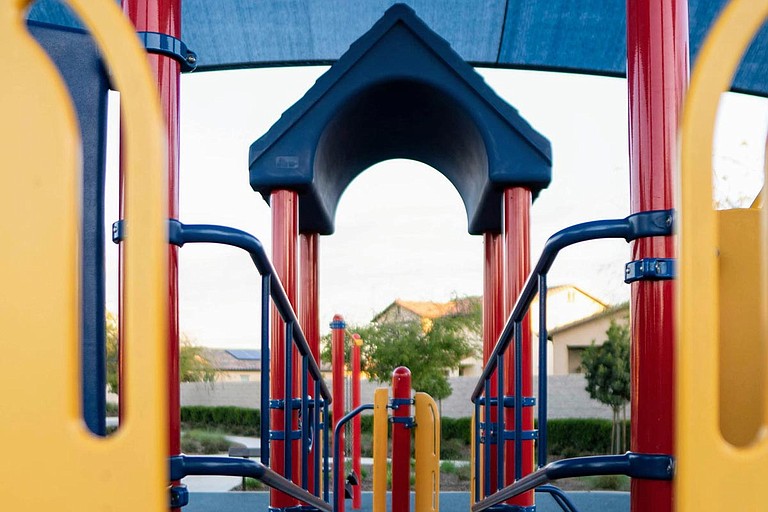 KaBOOM!, a national nonprofit that Darell Hammond and Dawn Hutchison founded in 1996, grew out of tragedy. The two read an article in the Washington Post about two children suffocating while playing in an abandoned car. From that loss, Hammond and Hutchison began working to ensure that children would have safe places made especially for them to play in their own communities, despite their socioeconomic status.

KaBOOM! states on its website that healthy and happy kids are the heart of every community, that they deserve a life filled with balanced and active play and that all children deserve a safe haven to learn, thrive and be their authentic, pure selves.

Hammond already had prior experience in building several playgrounds for other charitable organizations. His own childhood in the Mooseheart Child City & School group home in Mooseheart, Illinois, also inspired him. Hammond and Hutchison built their first playground in Oct. 1995, which took 5 days to build with the help of 500 volunteers.

KaBOOM! became incorporated by April 1996. Hammond continued as the acting CEO for 20 years, expanding KaBOOM!'s sponsor base to corporations such as Kimberly-Clark, Amgen, Target, Ben & Jerry's, the MetLife Foundation, Kraft Foods and Home Depot, the official sustainability partner. Today, CEO James Siegal continues the vision of inspiring American communities to place children's safety and their innate need to play as a priority.

To date, KaBOOM! has worked tirelessly to interconnect communities, corporations, and non-profits, uniting people with diverse experiences and engaging all working parts of a community from the city leaders to volunteers. The organization has built or improved more than 17,000 play spaces and served more than 10 million children with the help of more than 1.5 million volunteers.

Soon, West Jackson will be among that great number, specifically The Boys and Girls Club of Central Mississippi, who recently won a grant from KaBOOM!. The grant covers two prep days, Thursday, Nov. 14 and Friday Nov. 15, as well as the installation of a new playground at the Boys and Girls Club of Central Mississippi Capital Unit at 1450 W. Capitol Street on Saturday, Nov. 16 from 8 a.m. to 3 p.m. The organization will provide breakfast, lunch, water and a T-shirt for all volunteers as well as safety materials required for specific projects. The build will proceed despite the weather, so all volunteers should dress accordingly and must wear closed-toe shoes.

KaBOOM! needs all hands on deck in the Capital City, so feel free to register as a volunteer on days of your choice here.