More 2020 Dems Call for Impeachment After Mueller Speaks Out 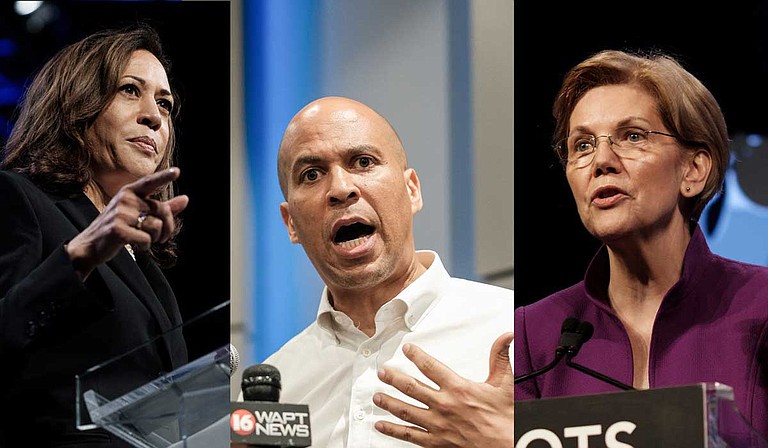 Two 2020 candidates who had previously declined to push for impeachment — Sens. Cory Booker of New Jersey and Kirsten Gillibrand of New York — did so after Mueller spoke. Sen. Kamala Harris of California, who has trodden carefully in her calls for impeachment, was more forceful during a campaign speech Wednesday afternoon.

Mueller's surprise appearance in the Justice Department briefing room deepened a divide in the Democratic presidential field over whether pursuing Trump's impeachment is worthwhile in the run-up to another election. Most candidates are still holding off from openly pressuring House Speaker Nancy Pelosi to seek the president's removal. But the rising number of pro-impeachment Democrats seeking the White House signaled that might not last as the imperatives of presidential politics overtake Pelosi's more cautious approach.

"We have one remaining path to ensure justice is served. It is our legal and moral obligation to hold those who have committed crimes accountable," Booker said in a statement. "It's clear that the House must begin impeachment proceedings."

Harris has previously backed impeachment proceedings but has also cast doubt on whether such pursuits would be successful, given Republican control of the Senate. Campaigning in Greenville, South Carolina, Harris was less measured.

"We need a new commander in chief," she said to a standing ovation. "And we need to begin impeachment proceedings."

Massachusetts Sen. Elizabeth Warren was the first presidential candidate to call for Trump's impeachment. She reiterated her push for Congress to begin the process following Mueller's statement.

Former Vice President Joe Biden's campaign said in a statement that "divisive impeachment process ... may be unavoidable if this administration continues on its path." He didn't mention Mueller during two campaign appearances in Dallas.

Vermont Sen. Bernie Sanders, meanwhile, said in a statement that if the House Judiciary Committee "deems it necessary, I will support their decision to open an impeachment inquiry." He reiterated, however, that he believes Congress must continue investigating Trump.

Pete Buttigieg, the mayor of South Bend, Indiana, and Minnesota Sen. Amy Klobuchar, also stopped short of directly pushing Congress to pursue impeachment proceedings. And Montana Gov. Steve Bullock, in a statement that did not include the word "impeachment," said that "while Congress exercises its oversight authority, it is important to remember what Americans are focused on."

Mueller said Wednesday that he believed he was restrained from indicting a sitting president because of an existing legal memo governing Justice Department policy. If she's elected president, Harris said Wednesday, she would ask her attorney general to look at "whether that memo is actually necessary and applicable when we have a situation such as this."

For his part, Trump tweeted later Wednesday: "How do you impeach a Republican President for a crime that was committed by the Democrats? WITCH-HUNT!"