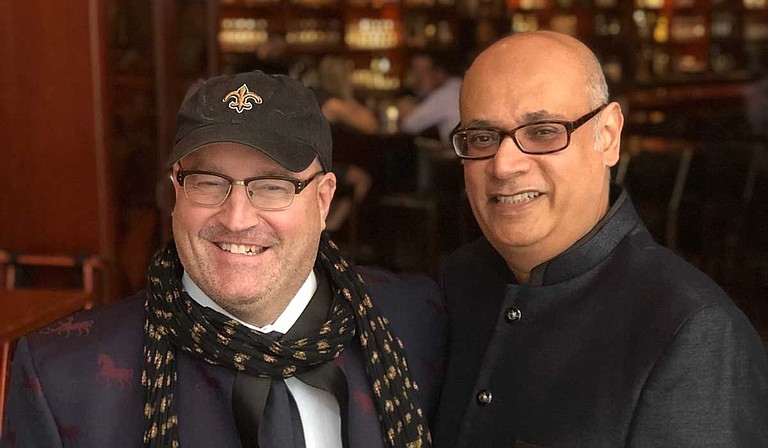 Vishwesh Bhatt, who has worked as executive chef at the Snackbar restaurant in Oxford for 10 years, recently received the Best Chef South designation during the James Beard Foundation's annual award ceremony in Chicago on May 6.

The organization is a New York City-based nonprofit that Peter Kump founded in 1986 and named in honor of his teacher, the late James Beard, a cookbook author and food writer who founded the Institute of Culinary Education in NYC.

"I think receiving a James Beard Award is the biggest honor you can have for cooking in America," Bhatt told the Jackson Free Press. "This is something I've worked so hard for with the team I have here in the kitchen at Snackbar and all the folks who work for us."

Bhatt was born in the Gujarat state in India and attended Ankur High School in the city of Ahmedabad. He and his family briefly moved to France when he was 17 before coming to the United States and settling in Austin, Texas. Bhatt enrolled at the University of Kentucky in 1987 and graduated with a bachelor's degree in political science in 1990. He moved to Oxford in 1992 and has lived there ever since.

Initially, he chose to study political science because he felt passionate about government and how it worked, Bhatt said. However, his time in college ultimately led to him discovering another passion—cooking—which led to a change in plans.

"I started out just cooking for extra money in college at first, but soon I found that I deeply enjoyed it," Bhatt says. "My mother was an excellent cook, and I learned a lot by watching her. I also picked up a few tricks of my own working along the way."

Bhatt enrolled at the University of Mississippi for graduate school, but left after a year and became a cook at the now-closed Harvest Cafe in Oxford. In 1995 he took a job as a prep cook at City Grocery in Oxford, where he met his mentor, City Grocery owner John Currence.

Bhatt temporarily left City Grocery in 1998 and enrolled at Johnson and Wales University in Miami, where he received a culinary diploma in 1999. He returned to City Grocery after graduating and became executive chef at Snackbar after it opened in 2009.

"I've been part of City Grocery Group for 20 years now, and what's kept me there for as long as I have is how much it's changed the way Mississippi eats," Bhatt says. "(City Grocery) has become iconic here. About 27 years ago we didn't have any fine-dining restaurants like this in Mississippi, and now we have several."

Bhatt and Currence will host the annual Oxford Bourbon Festival and Auction May 24-25 to benefit Move on Up Mississippi, a nonprofit group Currence founded to address child malnutrition in the state, and fund educational initiatives on health and physical activity. The festival will include a bourbon-tasting tour, live music from Cha Wa at Oxford's Lyric Theater, a dinner, and an auction of rare and antique bourbons at Vaught Hemingway Stadium in Oxford.

CORRECTION: The original version of this story said Nick Wallace and Jesse Houston won the James Beard award. They were actually award nominees.