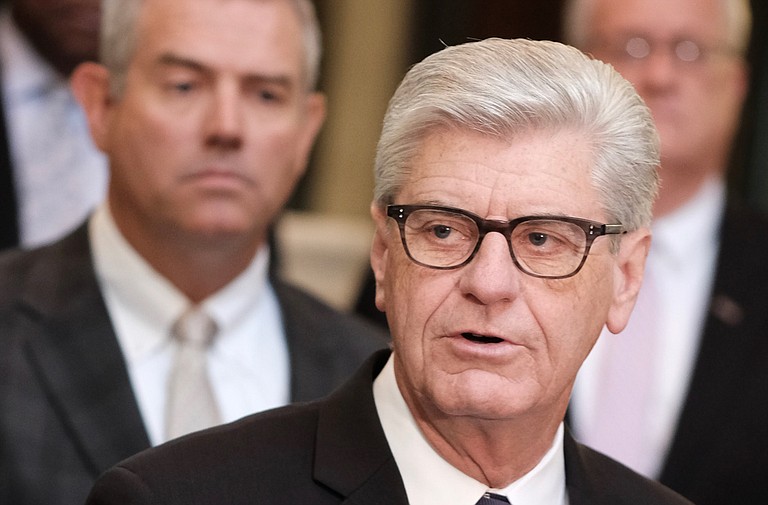 Mississippi Gov. Phil Bryant is in Uzbekistan this week to try to strengthen connections between the state and the country in central Asia. Photo by Imani Khayyam.

JACKSON, Miss. (AP) — Mississippi Gov. Phil Bryant is in Uzbekistan this week to try to strengthen connections between the state and the country in central Asia.

Bryant spokesman Bobby Morgan told The Associated Press on Thursday that the Republican governor and others left Sunday and will return Saturday.

"This trade mission is no different than past trade missions he's gone on in past that have resulted in companies in those countries investing capital and bringing jobs to Mississippi," Morgan said.

Morgan said the Mississippi National Guard and the Uzbekistan military have been jointly training for six years in a state partnership program.

Mississippi State University has had connections to Uzbekistan for about five years, university spokesman Sid Salter said Thursday. In February, the land-grant university established a collaboration agreement with Tashkent State Agrarian University in Uzbekistan, focusing on agriculture issues including irrigation and water management in horticulture. A delegation from Uzbekistan, including the country's minister of higher education, toured the campus in Starkville.

Julie Jordan, Mississippi State University's vice president for international programs, is on the trip to Uzbekistan this week.

"She has some meetings on her own and will attend some joint meetings with Gov. Bryant," Salter said.