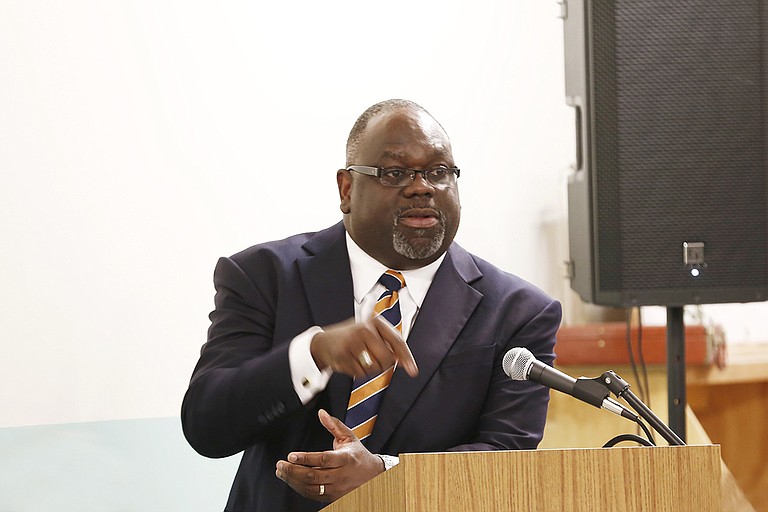 JACKSON, Miss. (AP) — A federal judge is rejecting attempts by Mississippi officials to throw out a federal government lawsuit challenging how the state runs its mental health system.

U.S. District Judge Carlton Reeves on Monday ruled against the motions by Mississippi Attorney General Jim Hood, putting the case on a path toward a six-week trial beginning June 1.

The federal government sued Mississippi in 2016 for relying too much on sending people to psychiatric hospitals and other institutions for treatment. Under federal law and court decisions, states are supposed to provide care in the least restrictive setting possible, helping people live at home and not in state mental hospitals or private institutions.

In Monday's ruling, Reeves questioned the state's position. He noted that outside the lawsuit, Mississippi advocates a shift toward community-based case, but takes a different position inside the lawsuit.

"In broad terms, the court assumes that a 'win' for the United States is ensuring that Mississippians' access to mental health care is robust, readily-available, and built on the well-supported best practice of community-based care," Reeves wrote. "Based on the Department of Mental Health's publications, it seems this would also be a 'win' for the state. The state, however, apparently believes that it can only get this 'win' by having a trial and incurring huge costs in attorney's fees and expenses and passing those costs on to the taxpayers. This is puzzling."

The state claimed the federal government didn't have authority to sue under part of the Americans for Disabilities Act that was citied. Reeves rejected that claim. He said the state was relying on one isolated ruling that's under appeal, adding that there are plenty of legal decisions that say otherwise.

Reeves also noted that the federal government had also accused Mississippi of violating a separate law, the Civil Rights of Institutionalized Persons Act, in its lawsuits, giving it an additional avenue to bring the case.

"It is not the United States' responsibility to provide a detailed financial summary of the cost of such accommodations," Reeves wrote.

Reeves wrote that the state was welcome to argue at trial that he should reject federal proposals as "an unduly burdensome or fundamental alteration of state policy in light of its economic resources."

Reeves will hear evidence and issue a ruling without a jury. Pretrial maneuvering has been marked by sharp disputes about what evidence is admissible. Also Monday, Reeves ruled the federal government could use testimony from a clinical review team that had examined records for 154 patients. He concluded his broader ruling on state efforts to dismiss the case by urging both sides to be "thoughtful" in how they use trial time and present "arguments that prioritize justice for Mississippians and the resolution of this case."