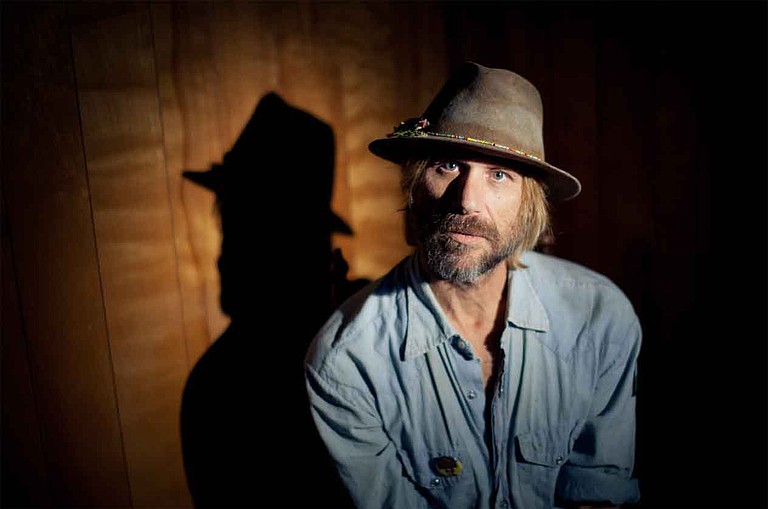 Todd Snider's new album, "Cash Cabin Sessions Vol. 3," is like getting a visit from an old friend you haven't seen for a long time. It is easy, filled with laughs and at times poignant. Most of all, it makes you realize just how much you have missed that friend.

After debuting in 1994 as a solo artist and releasing multiple albums, including "Songs for the Daily Planet" as his debut album, and 2016's "Eastside Bullog," Snider debuted with the Hard Working Americans, a jam-oriented band that included Widespread Panic bassist Dave Schools and Duane Trucks, the younger brother of Derek Trucks, along with guitarist Neal Casal and keyboard player Chad Staehly, in 2013. "Cash Cabin Sessions," which Snider released on March 15, marks his reconciliation with his folk muse since that time.

The Jackson Free Press recently talked to him over the phone about getting back into folk music, his time with the Hard Working Americans and his new album ahead of his show at Duling Hall on Tuesday, May 14.

How does it feel to be transitioning back into folk?

For me, there's this one thing that leads to the next—it feels like it has always gone that way my entire life. John Prine, Jerry Jeff (Walker), Neil Young, Bruce Springsteen—those guys go back and forth. They play with a band one year and then solo the next; I guess that's been the template for me.

That's what I call, "chasing the muse and dealing with the results." A lot of my friends have followed that pattern. Instead of making the record I think you're going to like, I'm going to sing the song that comes out of me and just deal with what happens. Sometimes in our city (Nashville) there's this element of trying to read the crowds, and that's something I've never wanted to do because none of my heroes have done it. They just go wherever they're feeling, and they don't worry so much how it's going to go over.

Two of my favorite cuts on your album are "Banjo Blues" and "A Timeless Response To Current Events." Both feature what I would almost call a folk rap. Tell us a bit about those songs.

"Yeah, well on "Banjo Blues" I wasn't planning on doing it on banjo until right before we recorded it. ... I didn't even know how to play the banjo, so I said "f*ck it" and took one of the strings off, and that made it more something I could figure out, and then I just played it in like a blues scale. Ever since that day, I've been playing the banjo a lot.

On both songs I worked on the lyrics for a couple of years. And they've changed so much. Lyrically, they're both long songs for me, and I needed a lyric sheet to remember it all when we recorded them. But the recording makes them sound like they're being made up on the spot—at least the melody. The voice sounds uncertain about what it's about to say—you can almost hear it, like a freestyle rap. I've done that once before. We did a record called "Eastside Bulldog." On that one I made up all those songs on the spot the night we recorded them.

So what was the takeaway from those years playing with the Hardworking Americans, and listening to a lot of Grateful Dead and Widespread Panic?

Well, the Grateful Dead—I grew up in Oregon, so I've always known those records and been into that crowd. But then, like Widespread Panic, they do stuff I don't understand, and want to, and I still don't totally understand it, but I'm getting to where I think I could play guitar in that band when we play again, maybe? It's all so musical and melodic, and so opposite of what I'm doing. Sometimes now when I'm talking in between songs I feel like I'm having a jam show and there's no plan. Most shows are planned. Jam shows aren't, my shows kind of aren't—sometimes they kind of are, but then they get derailed.

I always figured I was eventually going to do something folky again, and that there would be musical growth. I think I learned a lot about lyrics from those guys, just from the topics we all sat around and talked about. Guitar—even though I didn't play guitar in that band, I feel like in those last three years I doubled in what I could do, or my understanding of it from talking with those guys about it, and playing all the time. And I've been able to connect the harmonica and guitar in a way I wasn't able to before.

What kind of trip has your career been to this point?

Long and strange is what comes quick to mind. Looking back, It feels like it has been kind of Hunter Thompson-ish. And it almost feels slightly like it's over in a way, even though we've got a two-year tour ahead of us. I used to go out after shows and look for songs. ... I can't keep doing that. I guess, there's a lot of tour left but, so far, I've been resting up and doing the shows and not going off on damn benders. Sh*t, I'm getting old. How did that happen ? [laughs] There's been a terrible miscalculation on the front desk somewhere.

Todd Snider plays at Duling Hall (622 Duling Ave.) on Tuesday, May 14. Tickets are $25 in advance and $30 on the day of the show. The doors open at 6:30 p.m., and the show is at 7:30 p.m. Elizabeth Cook also performs. For more information, visit ardenland.net or find the event on Facebook.