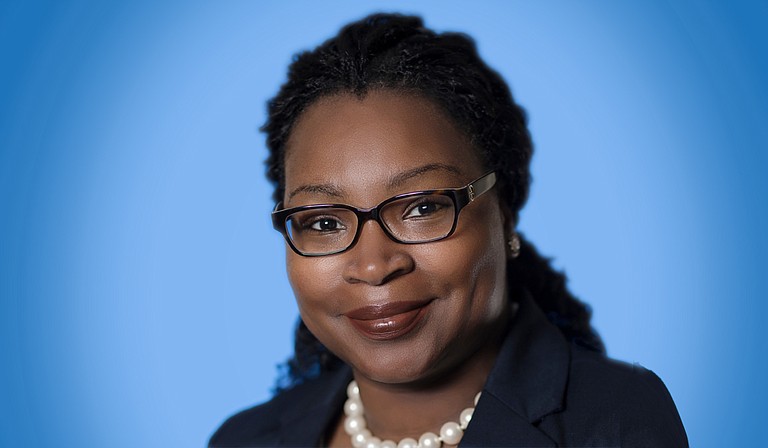 Greenleaf has also served as president of the College Public Relations Association of Mississippi since July 1, 2018. CPRAM is a group made up of public-relations professionals who work at colleges and universities around the state. Greenleaf joined the organization in 2008. Her one-year term ends later this year.

Originally from Itta Bena, Miss., Greenleaf graduated from Leflore County High School in 1999 before attending Mississippi Valley State University, where she graduated with a bachelor's degree in mass communications with a focus on broadcasting in 2007. She also earned a master's degree in public relations from Kent State University in 2013 and is currently enrolled at the University of Mississippi, where she is set to graduate in 2020 with a doctorate in education.

Greenleaf worked as a weekend anchor and reporter for WXVT Channel 15 in Greenville, Miss., while attending MVSU but left the position during her senior year to focus on her studies. After graduating, she took a public affairs internship for Army Sustainment Command in Rock Island, Ill.

In 2007, Greenleaf took a job as a secretary at MVSU and remained there until 2012, when she became director of public relations for the Leflore County School District. The following year, she returned to MVSU to become the university's director of communications and marketing. She held the position until she took her current position at JSU in 2017.

Greenleaf joined the Rotary Club in 2011 and has served as assistant governor for Rotary District 6820 since July 1, 2017. She is also chairwoman of membership recruitment for Rotary Club of Jackson and serves as one of the organization's readers at Barack Obama Magnet School. She is also a former board member for United Way and a former member of the Greenwood-Leflore Chamber of Commerce.

Belhaven University signed an agreement with Jackson Academy on Monday, April 29, to allow JA students to take dual-enrollment classes in language arts and math at Belhaven.

Through the Belhaven dual-enrollment program, JA juniors and seniors will be able to take courses like English Composition I, World Literature or British Literature, and College Algebra and Trigonometry. Belhaven's website states that students may take one course per semester, as long as it does not interfere with their high-school curricula.

Belhaven University Director of Dual Enrollment Danny Shaw stated in a release that students who participate in the program will have access to the Belhaven University library, events and arts programs, and the campus' Think Center, which offers tutoring services.

Admitted students will also participate in a summer orientation and campus tour. Students will take college-credit courses on the Jackson Academy campus with JA faculty whose degrees qualify them to teach at the college level.

To qualify for the program, students must pay a $25 application fee and submit a letter of recommendation from their high-school counselor, along with their high-school transcript, and official ACT or SAT scores. Students must have a minimum composite score of 21 on the ACT, an SAT combined score of 1070 or a 65 on the Classical Learning Test, which is an alternative standardized college entrance exam.

The Frances A. Karnes Center for Gifted Studies at the University of Southern Mississippi will host four summer programs for children focused on STEAM subjects, or science, technology, engineering, arts and mathematics.

The Day Program for Young Gifted Children will run June 10-14 from 9 a.m. to noon each day. The program is open to gifted students in pre-kindergarten through third grade. The deadline to apply is Wednesday, May 15.

USM's Leadership Studies Program will run from June 17-22. The program consists of three levels and is open to all students who were enrolled in sixth through 11th grades during the 2018-2019 school year. Leadership I focuses on the basic characteristics of leadership. In Leadership II, students learn about group dynamics and situational leadership, and in Leadership III, students study entrepreneurship and nonprofit organizations. The deadline to apply is Wednesday, May 15.

The Summer Gifted Studies Program will run from June 23-28. The program is open to fourth- through eighth-grade students who have performed at or above the 91st percentile on either an individually administered IQ test or a national standardized achievement test. The course covers topics such as engineering design, medical innovations, movie special effects, dance, debate and sports. The deadline to apply is Wednesday, May 15.

USM's Summer Program for Academically Talented Youth runs from July 7-26. The program is open to students who have taken the ACT or SAT as early as the seventh grade, and features courses on astrophysics, advanced debate, human biology, psychology, accelerated mathematics and creative writing. The deadline to apply is Saturday, June 15.