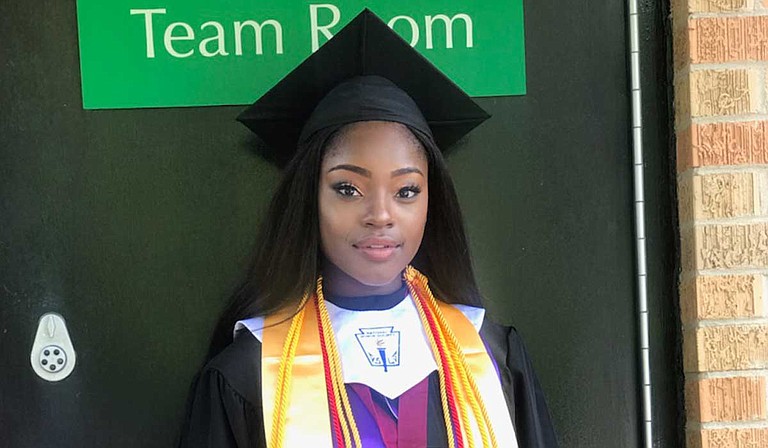 CLEVELAND, Miss. — At least 1,000 angry white residents gathered in the streets of Cleveland, Miss., in the late summer of 1969, determined to send a message to any African American children thinking about enrolling at Cleveland High School: Don't.

Earlier that year, federal courts had ordered the school to allow black students to enroll. Like so many other southern towns, the district had been split between two high schools: the all-white Cleveland High and the all-black East Side High School, formerly known as Cleveland Colored Consolidated High. Nearly 50 years after that order, though, the Delta high school remains embroiled in battles over desegregation.

When senior Olecia James, who is black, reviewed her grade transcript last May, she ranked second in her class—supposedly making her Cleveland High School's 2018 salutatorian. Days later, though, the principal announced a white male student as the 2018 salutatorian.

"For what reason would you do that?" Lisa Ross, James' attorney, quizzed the Jackson Free Press on May 3. The answer, she says, is white flight.

"If you look at the context of the Cleveland School District, it is one of the few, and maybe one of the only districts in Mississippi so far, that whites have not abandoned," she said. "So it is unique in that way."

'An Exodus of White Students'

Two years before James' graduation, the Cleveland Public School District battled the U.S. government in court, facing charges that, more than 60 years after the U.S. Supreme Court ordered an end to public school segregation in Brown v. Board of Education, the district remained segregated. The U.S. Justice Department wanted the district to combine Cleveland High and East Side High into a single, integrated school.

That, Boston University professor and segregation expert Christine Rossell testified, would result in "white flight" as parents pulled their children out of Cleveland public schools entirely, and either moved or enrolled them in nearby academies—much like what happened in the 1970s after federal courts began enforcing desegregation orders in the Deep South.

"They paid experts money to say, 'Judge, you've got to be real careful about this, because we're gonna lose a lot of white students. There's going to be an exodus of white students from the district if there's just one high school,'" Ross said.

Desegregation enforcement came to the Deep South 15 years after the U.S. Supreme Court first ordered it in 1954, and many of the region's white denizens spent the rest of 1969 and the ensuing several decades building academies that they then ushered their white children into in order to avoid the supposed indignity of seeing their kids in schools alongside black children. While opponents of integration were already building some of those schools throughout the 1960s, white parents and segregationist community leaders hastily assembled many of them in late 1969, including U.S. Sen. Cindy Hyde-Smith's segregation academy, Lawrence County Academy.

"When the public schools in Mississippi were ordered desegregated, many thousands of white families cobbled together what they could laughingly call a school to send their children to for no other reason except they didn't want them to be around n-words, or to be treated or behave as equal to black people," former Democratic Party Chairman Rickey Cole told the Jackson Free Press in 2018.

In majority-black areas of the state like the Mississippi Delta, the white response to integration proved most acute. In other parts of the state, white children would have outnumbered their new black classmates if their parents had not pulled them out of public schools and sent them to private academies. In the Delta, though, white children, forced to integrate, often became minorities in their classrooms.

By 2016, Cleveland High School was roughly half white and half black, while East Side High remained all black. Combining the schools, district officials feared, would lead to a repeat of the 1970s as white families rejected the idea of their children suddenly becoming a one-third minority. They might send their kids to nearby private schools like Presbyterian Day School or Bayou Academy, they feared.

"The District is likely to suffer some white enrollment loss as a result of concern," she wrote in her May 2016 ruling. "While this is a concern, it is insufficient, in the absence of an alternative constitutional plan, to reject consolidation."

Without the historical context preceding Cleveland High's integration, Ross told the Jackson Free Press on Friday that it might be too easy for some to dismiss her client's claims of discrimination. James is not alone, though.

Before the school district ultimately settled the case in 2016, Jasmine Shepard became Cleveland High's first African American valedictorian in the school's 110-year history—and the school made her share it with a white student. Ross also represented that case, which remains before the courts.

The school, the Shepard lawsuit claims, allowed the white student to boost her academic scores by taking extra online classes that were meant to be used for "credit recovery" to help students with failing grades. Further, Ross says, the Mississippi Department of Education did not approve those courses, which is a requirement.

"When she was named co-valedictorian, the Shepards were immediately alarmed and began contacting school officials, but they would not even have an audience with her," Ross said.

"Fast forward to the next year, students are aware of what has happened to Jasmine Shepard because the lawsuit has been filed and is pending, so students began to ask for their transcripts, right?" Ross said on May 3. "And Olecia (was) one of them."

'It's About White Flight, And That's What We Don't Want'

On May 2, just two weeks before her graduation, Olecia learned that school officials had lowered her academic scores by reducing her weighted quality point average (QPA), which credited her extra points for advanced courses.

QPA, Ross explained, is the most important factor in determining school valedictorians and salutatorians—not GPA.

"You can have a number of students with the same GPA, a 4.0," she said. "It's the QPA that sets you aside from your peers."

James earned those extra QPA points by taking advanced courses at East Side and at formerly segregated D.M. Smith Middle School. Over the years, the district had introduced the courses in half-hearted attempts at integrating East Side.

"They offered more advanced courses at East Side to attract white students, but a lot of them just did not go, and enrollment at East Side remained mostly black, except for the few white students who would come from Cleveland High School to take advantage of the more rigorous courses," Ross told the Jackson Free Press.

The district chose not to count those credits in James' QPA. For nearly two weeks, her family sought meeting after meeting with school officials about the discrepancy. Finally, on May 14, the school issued a new grade script, giving her an overall QPA of 4.41. That, Ross said, should have made her salutatorian.

On May 17, though, Principal Randy Grierson announced a white male, listed only as W.M. in the lawsuit, would be the salutatorian that year, even though he only had a 4.34 QPA. The next day, school officials presented James with a new transcript—school officials had once again revoked her East Side credits, and her QPA had been reduced to 4.33.

Ross thinks school officials worried that the idea of a lone black valedictorian or salutatorian could have sent white parents, already upset over the integration order, over the edge, prompting a new wave of white exodus.

James' lawsuit calls the school's actions a case of discrimination, and part of "the longstanding, widespread, deliberately indifferent custom, habit, practice, and/or policy of the Cleveland School District to discriminate against its black students."

"The defendants, in light of the newly formed consolidated Cleveland High School and in their angst to prevent white flight, named W.M., a white male student, as salutatorian of the inaugural class of Cleveland Central High School in 2018, a position he had not earned, and in doing so, discriminated against Olecia James, a black female who had earned the position," the lawsuit reads.

Those actions, James' lawsuit claims, violated the Fourteenth Amendment, which guarantees equal protection under the law. Because of the school district's actions, the lawsuit claims, James "suffered loss of scholarships, loss of opportunities, humiliation, loss of self-esteem, mental anguish, emotional distress, pain and suffering, and other damages to be shown at the trial of this matter."

Ross said school officials' white flight fears are nothing new. She pointed to a February 2010 news story in The Bolivar Commercial, which she forwarded to the Jackson Free Press by email.

At that time, the Cleveland School District Board of Trustees was reviewing possible plans for consolidating their secondary schools. Trustee George Evans, though, dismissed the idea.

"We've looked at it the last 10 years or so (that) I've been on the board and discussed it over and over again," he said. "At this time, we don't feel the community is ready to support just one football team, one baseball team, one set of cheerleaders and one basketball team."

The board also did not want neighboring private schools to "become giant schools," he said.

"We all know what the whole thing is about," Evans said. "It's about white flight, and that's what we don't want."

The Jackson Free Press reached out to the Cleveland Public School District for comment. Its attorney, Arnold Luciano, declined to comment but said the school would file a response in the coming weeks.