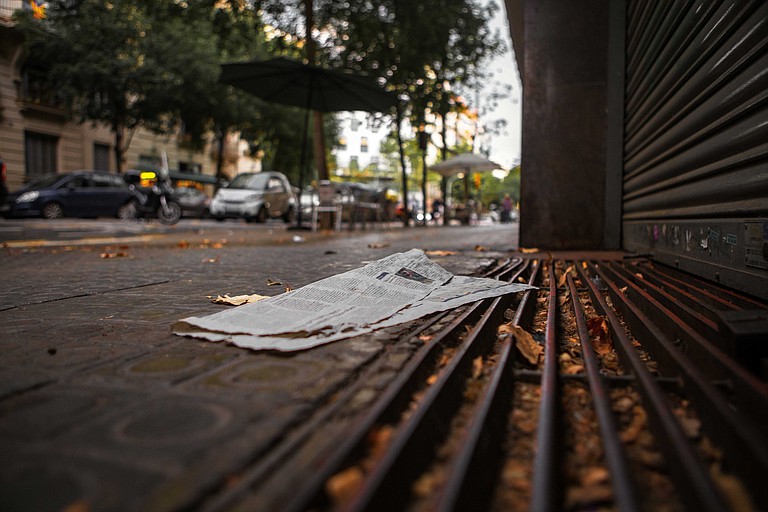 The City of Jackson kicks off its long-term cleaning project, the Let's Go Clean JXN campaign, on March 16, the day of the first clean-up event. Photo by Armin Djuhic on Unsplash.com

JACKSON — Jackson has a problem with trash, and the City of Jackson wants residents to take responsibility for cleaning it up through its Let's Go Clean JXN campaign kicking off Saturday, March 16.

While the City does have litter crew in the solid waste division, Sanders says, the staff is low.

"We're just encouraging everyone to come out (to Let's Go Clean JXN), and start to help us clean up our city and make it more welcoming and have a fresher scene of aesthetic appeal," Keyshia Sanders, the manager of constituent services for the City of Jackson, said at a recent press conference.

The City hopes to address problems such as people throwing away tires and storm-water contamination, which results when pollutants combine with rain and other precipitation.

Sanders encourages neighborhood civic organizations, schools, universities and other institutions of higher learning to get involved, using resources the City plans to provide bags, pick up sticks, and water for the volunteer stations. The volunteer groups typically have supplies cleanup crews will need.

"Pick up behind the litter bugs and start to form some mindset changes," Sanders said.

Other cities and areas in the project include St. Petersburg, Fla., Stamford, Conn., and the State of Pennsylvania.

This Saturday, volunteers and others will begin trash clean-ups in high-litter areas in various wards. Residents can sign up directly with the city of Jackson here.

Intern Reporter Natosha Pengarthit covers the City of Jackson and the Jackson City Council. Email her comments and story tips to [email protected].