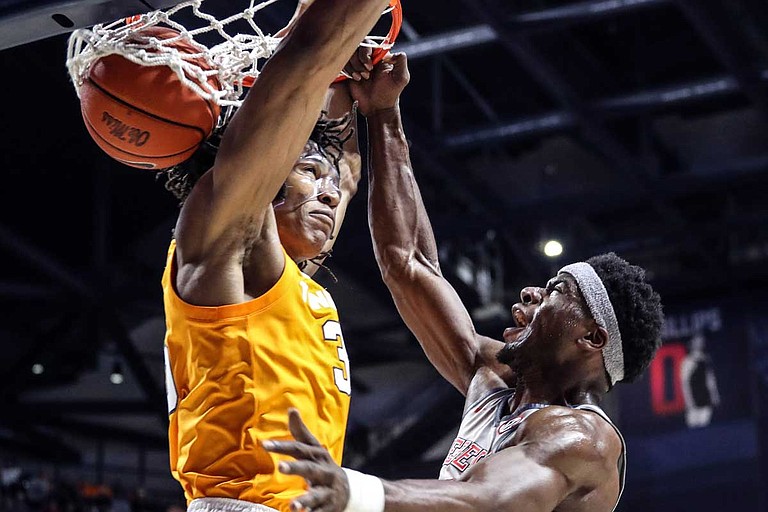 As fans get set to watch the conclusion of the 2019 NBA Finals, every team in the league is preparing for the 2019 draft. On Thursday, June 20, players across the world will hope teams call their names.

In the months leading up to the draft, one player is making the most of his opportunities to improve his stock. Former University of Mississippi guard Terence Davis is using the process in the run up to the draft to show scouts around the league all the skills he could bring to their team.

Davis signed with the Rebels out of Southaven High School in Southaven, Miss., and had a small role with the team as a freshman. He played in 20 games, but only averaged 1.8 points per game and received just 6.6 minutes of playing time.

Davis led the team in scoring as a junior with 13.8 points per game, as he saw his minutes increase to 27.3. He chipped in 6.2 rebounds and 2.1 assists per game, becoming one of the bright spots in a bad season.

The 6-foot, 4-inch, 205-pound guard enjoyed his best season as a senior. He started 32 games and missed just one during the season. Davis averaged a career-high 15.2 points and 3.5 assists to go along with his 5.8 points per game. His play helped earn the team reach the first NCAA Tournament during his career.

After the season, Davis began to prepare for the draft but wasn't making many waves until he decided to play in the Portsmouth Invitational and made the All-Tournament team. His performance in Portsmouth, Va., earned him a spot in the G League Elite Camp.

Once more, his play at the G League Elite Camp earned him a place at the NBA Combine in Chicago, where he shined in front of scouts for the third time. Since the Combine, Davis will have worked out for 13 teams, wit the Boston Celtics and Golden State Warriors bringing him back for a second workout.

Davis could bump his draft stock to a late first-round pick, but it seems more likely that a team will call his name during the second round. CBSSports.com has Davis as the 41st best player in the draft and going to the Philadelphia 76ers with the 42nd pick. Sports Illustrated ranked him as the 47th pick of the draft heading west to play for the Sacramento Kings. ESPN.com lists him as the 40th best player in the draft but does not guess which team could take a chance on him.

Even if Davis is not drafted, a team still could sign him as a free agent after the event is finished. The dream of playing in the NBA won't be over just because the draft ends with several routes to get into the league still available such as overseas and the G League.

The 2019 NBA Draft will be broadcast on ESPN and ESPNU with coverage starting at 6:30 p.m. Coverage is expected to conclude at 11 p.m. with the 60th and final pick.